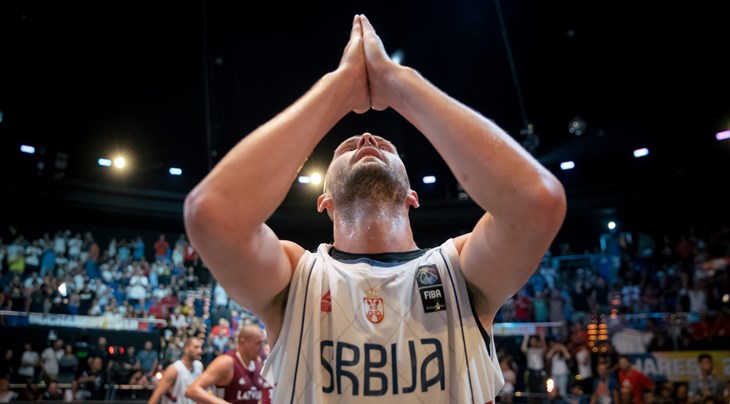 The 32-year-old and number two in the FIBA 3x3 individual world ranking has accomplished so much on the circuit, that it could take an entire article just to fill with his accomplishments. Since returning from the lockdown, Majstorovic has been joined by his fellow Serbian teammates, playing 3x3, including individual drills and getting back into shape. Unfortunately, he aggravated in practice a long-standing discomfort in his right meniscus that will sideline him for the next couple of months following "routine surgery" this upcoming week.

"The doctors told me it’s a 3-4-week recovery time and after I’ll need to practice every day to make my right leg strong, and I think I’ll be able to play after two months."

Though still without a set return day, his attention is focused on the return of the 3x3 World Tour. He is aiming to return in August but won’t push himself. It’s about getting back to the best possible shape and returning to his top form.

For Majstorovic, playing at his best has meant 3x3 dominance. A member of Novi Sad, "The Maestro", has won everything there is to win, and then some. He earned the title as world number one in the Ranking in 2017 and has ruled the 3x3 world for Novi Sad and Serbia. His favorite accomplishment came at the World Cup 2016 in China.

"That was my first gold medal for the Serbian National Team. For me, that was the biggest moment in my career."

While being at the top of the game, his motivation is clear – remain the best, most unbeatable team on the planet.

"We are very hungry. We want to win every tournament and we want to show everyone that we are unbeatable. Since 2014, we are the best team in the world and what motivates us is the Olympic games… We’ll be ready and we want to win the gold medal over there."

Joining him on his quest for gold is Serbian and Novi Sad teammate Dusan Bulut, who Majstorovic speaks gushingly about."Dusan is the best player I have played with, and he’s the 3x3 goat."

For players that began their 3x3 careers earlier in the decade, the Olympics dream holds a bit more meaning. Majstorovic and others built the game into what it is today, and a chance to win a gold medal is a reality they once thought was impossible.

"We dreamt about it (the Olympics) and now it’s finally here… Just to go to the Olympics is an amazing feeling and to go there with all of the athletes from around the world. If I win a medal, then I’ll be able to tell you what it means to me."

Come 2021, Majstorovic and his Serbian teammates, who have already qualified for the event, will proudly wear the Serbian flag on their jerseys, looking to make 3x3 history.