How organizer Xross Sports Marketing made Japan a pioneer in 3x3 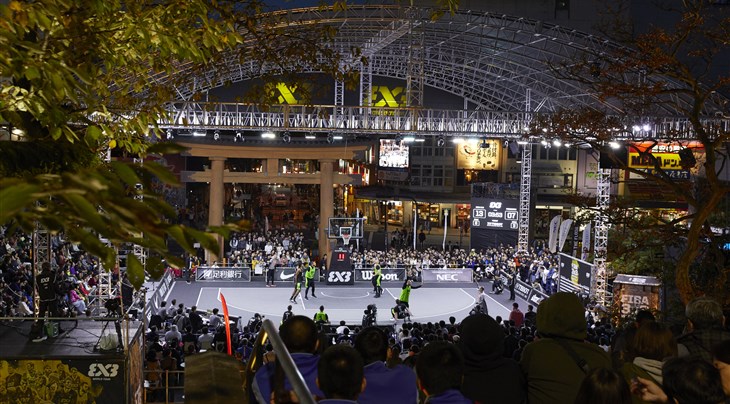 UTSUNOMIYA (Japan) – After being struck by such an exciting new spectacle, Takaaki Nakamura quickly realized 3x3 had worldwide appeal.

Nakamura, president of Xross Sports Marketing - a subsidiary company of Xebio, was captivated by 3x3 during the inaugural World Tour in 2012. He had sent a team to a Masters in Vladivostok, Russia's largest port city on the Pacific Ocean.

The tranquil views combined with the fast paced on-court action were obvious drawcards. "I was surprised at the sight and the event made me realize the possibilities," Nakamura says. "The appeals of 3x3 are speed, power, multi-culture, holding competitions in living spaces and being global.”

Even though it was a "challenge" jumping into the unknown, Nakamura was confident about the product and helped ensure the World Tour ventured to Japan - an East Asian country where basketball has traditionally been overshadowed by baseball.

Xross Sports Marketing organized the first FIBA 3x3 event in Japan in 2013 with the World Tour Masters in Tokyo. Interestingly, the event took place on the exact same location where 3x3 will be played at the Tokyo Olympics. They went on to host the final in Sendai the following year. Ever since, Japan has been a popular 3x3 destination and successfully hosted last year's Utsunomiya Final played in the historical center of the city.

The Japanese events have perfected the World Tour hosting template through its historical locations, entertainment and facilities. "For Utsunomiya, not only the venue but also the whole city is crowded with 3x3," Nakamura says.

"I was able to specifically prove the potential of 3x3 in Utsunomiya. I believe that we are becoming the leading model in the world.

"I am very proud. We started organizing events when there was no recognition of 3x3 in Japan and the world."

Nakamura's sizable 3x3 footprint extends into being commissioner of the 3×3. EXE PREMIER - a professional league endorsed by FIBA, which qualifies for the FIBA 3x3 World Tour. It started in Japan in 2014 (and now generates over 90% of the FIBA 3x3 Federation Ranking points for Japan) and has since expanded to five countries and 102 teams. "It has become one of the biggest global leagues. I am very proud to have grown it to this scale," he says.

"I was attracted by the fact that there was no 3x3 professional league in the world. Therefore, I thoroughly considered how the league structure should maximize the characteristics of the 3x3 competition."

The pioneering efforts of Xebio helped foster the growth of 3x3 in the region to further its compelling case for Olympics status. Fittingly, 3x3 will make its Olympics debut in Tokyo - delayed until next year due to the coronavirus pandemic.

"The growth of 3x3.EXE PREMIER led to the expansion to Chinese Taipei, Indonesia, New Zealand, Republic of Korea and Thailand," Nakamura says. "This expansion contributed to the 3x3 excitement in these regions.

"I think that the results of such efforts have contributed to the decision of 3x3 being included in the Tokyo Olympics."

A determined Nakamura believes the future for 3x3 is particularly bright post the Tokyo Games. "I think the popularity is increasing year by year, but I also think that its potential has not yet been fully maximized," he says.

"I have a strong determination for 3x3 to become a major force in the world beyond the Olympics.

"3x3 is an extremely important business for my organization."