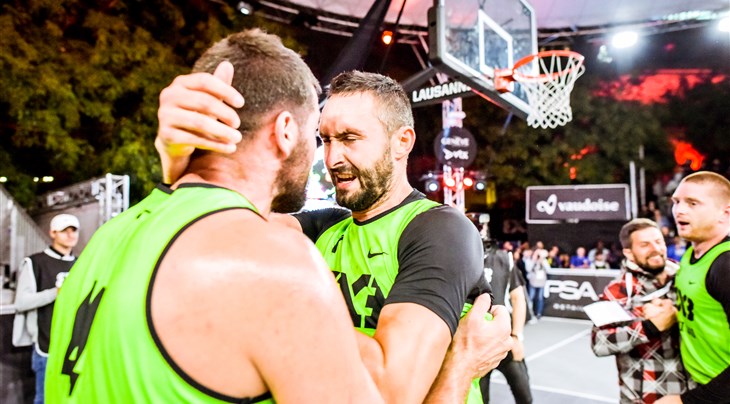 JEDDAH (Saudi Arabia) - No Dusan Bulut, no worries? That's certainly too simplistic for Novi Sad but their success over the years without 3x3's best player proves they are far more than just a one-man band.

The underperforming Serbs will have to find a way to cover Bulut, who won't be playing at the World Tour Final in Jeddah on December 18-19. It looms as a daunting challenge for Novi Sad aiming for a three-peat and an incredible fifth World Tour trophy.

He will clearly be missed as no player in the world has his special mix of brilliance, championship pedigree and composure under pressure. But Novi Sad have been able to perform without him in the past highlighting their depth and overwhelming star power.

In 5 professional events (World Tour and Challengers) without him... Novi Sad won 4 TIMES!!!

There is some concern that maybe the 32-year-old Majstorovic has not yet fully recovered from a series of injuries but he has the chance to resoundingly answer his critics and have the last laugh but he won't be able to do it alone.

When Bulut is in the line-up, Novi Sad usually can get away with one or two of their players struggling but without him there is no wiggle room.

Big fella Tamas Ivosev will have more chances to feast inside as he becomes more of a focal point on offense. He was spectacular at the Debrecen Masters with 27 points in 4 games but faded after that.

The 2.01m (6f 7), 110kg (242 pounds) brute can be totally unstoppable down low - and he will have to be if Novi Sad's three-peat dreams are to remain alive. After all, HE was the MVP of the World Tour Final last year in Japan.

Glue guy Marko Savic is always savage and arguably the team's most consistent player. But Majstorovic and Ivosev will have to bring their A-Games to make up for the sizeable hole of Bulut - arguably 3x3's GOAT.

Novi Sad also have the tricky task of adding Nebojsa Boskovic into the mix but the former Zemun player has the skills and experience to somewhat make up for Bulut's absence. He also played with Novi Sad at a World Tour final before, way back in time in 2013 in Istanbul, where he helped the team reach second place. Novi Sad have done it before without their superstar but can they do it once again?

Don't write them off just yet.