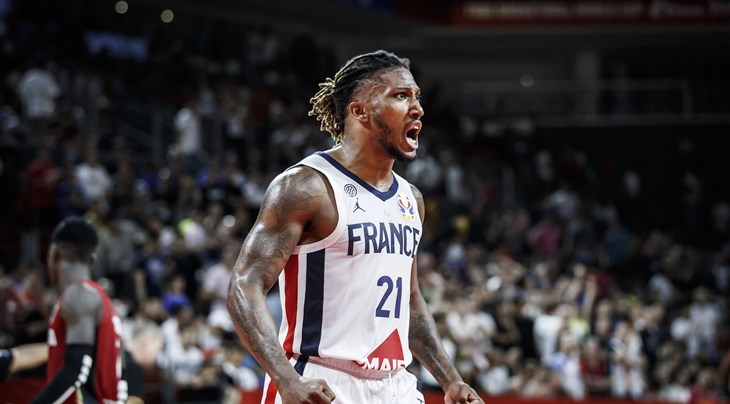 PARIS (France) - Firmly cemented as a French hoops star, Andrew Albicy is in high demand but admits to wishing he could play more 3x3 - the shortened game perfectly suited to his spectacular skillset.

The 30-year-old's wish will be granted when he makes his grand 3x3 return at the Open de France on August 1, which will be livestreamed on the official FIBA3x3 YouTube channel.

Albicy starred at the Open de France three years ago with his sick ridiculous handles.

It's been a while, but the excited Frenchman is hoping to now "put on a show" in Nantes where he'll join forces with France 3x3 national team mainstay Dominque Gentil.

"I'm really looking forward to playing 3x3 again," he said. "I want to entertain, have a good time and win. 3x3 is ideal for me because there is a lot of space and allows me to create my shot. It lets me show off my skills.

I love watching the highlights because so many amazing things happen in 3x3."

"Dominique is a very good friend of mine. I always follow his games and I can't wait to play with him. I've been practicing hard for the last month and the French Federation of Basketball asked if I wanted to play in this 3x3 event," Albicy said. "I jumped at the opportunity as it is good preparation for the next basketball season and I really enjoy playing 3x3."

Even though he has not played 3x3 for some time, the lightning quick 1.78m (5ft 10in) guard stays plugged in through social media.

"I love watching the highlights because so many amazing things happen in 3x3," he said. "The standard on the World Tour keeps improving and the competition is really tough."

A few years ago, Albicy was set to play for France's 3x3 national team but his career took a different pathway and he became a key member in Les Bleus' bronze medal team at last year's FIBA 2019 Basketball World Cup. "Nobody expected us to beat USA and it's something that rarely happens and probably won't happen for a long time," Albicy said. "To do that is something the team will always be remembered for."

Dreaming of more medals, Albicy is eyeing Olympic glory at next year's Tokyo Games. Is there any chance he could represent France in both – which is technically possible - basketball and 3x3? It's unlikely but - if the opportunity arose - Albicy would be honored to be a 3x3 Olympian.

"My dream is to win an Olympic medal because that is the highest level of sport," he said. "I would love to play 3x3 for France at the Olympics if there was an opportunity."