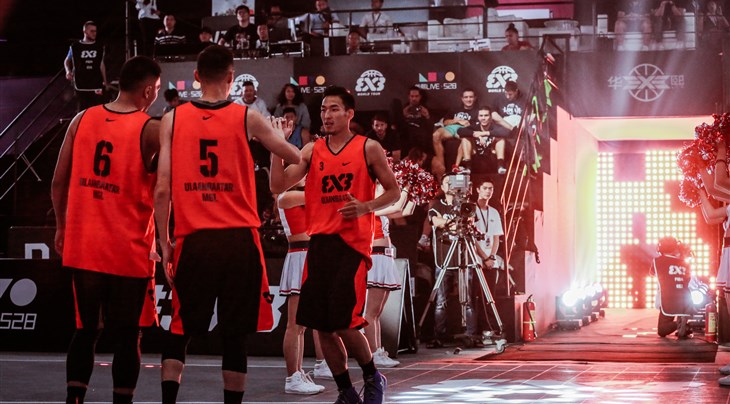 DEBRECEN (Hungary) – Forget about the Limans, the Novi Sads and the Rigas of this world for a minute: these 5 teams have a real chance to flip the script when the FIBA 3x3 World Tour returns in Debrecen for 3 Masters from August 29 to September 5.

The Lithuanian team made up of Darius Tarvydas, Gintautas Matulis, Ignas Vaitkus, and Vytautas Sulskis came out victorious at last month’s Hoptrans3x3 event in Palanga, defeating (world's number 6) Sakiai in the final. They come into the Debrecen event as the 12th seed, facing NY Harlem and Sakiai in the pool stage. Their experience playing competitive 3x3 for the last 3 months combined with little pressure to win the event puts them in an interesting position to shock the World Tour.

The 13th ranked team at the Europe Masters, Team Paris has the chance to surprise a few teams if they can make it past the qualifying draw. Led by Angelo Tsagarakis, the team recently won the 2020 French Open in what the Frenchman described as the most competitive field ever played. It will be the only event they play in, and as a fresh squad, they run the chance of upsetting a few teams along the way.

Vladislav Meleshkin joins the team for the first time in World Tour play, a boost for the side that will need to advance to in the Europe World Tour event through the qualifying draw. Since joining the team, Moscow has won the United League Europe 2020 and seems to be coming together as a team at the right time.

Coming into the World Tour, the Mongolian side will feature four of the top 5 players from the country. In 2019, they finished 4th at the Los Angeles Masters, the best for the team. They will have two chances to take down the best in the 3x3 game, at the Hungary and Europe Nasters. They face an uphill battle but have the World Tour experience to get positive results.

The Czech Republic powerhouse comes equipped with the best 3x3 players in the country after obtaining a wildcard bid into WT Debrecen and WT Hungary. Roman Zachrla leads the team that has never finished higher than 6th at a World Tour event but hopes to break that streak in 2020. They will have to face tough competition in the pool stages, but if they are able to advance, anything is possible in the bracket stage. Look for this tight-knit group to make some noise in this highly contested competition.