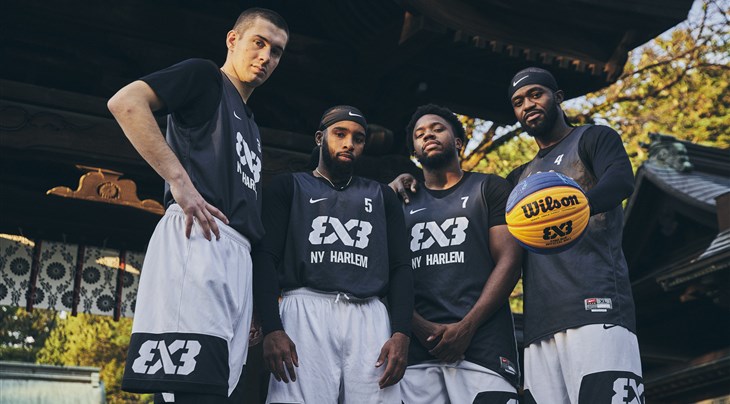 DEBRECEN (Hungary) - With the FIBA 3x3 World Tour set to return on August 29, we take a look ahead at the best six teams heading into the competition and what questions they will need to answer.

Can they continue to pile up the dubs in Debrecen?

There have been 4 editions of the Debrecen Masters to date. Liman have won half of them. 2017 was their big break-through and last year they managed to win in unbelievable fashion without a sub and with their go-to-guy Maksim Kovacevic looking like an absolute mummy on the court due to injury. Without their top player and former MVP Stefan Stojacic, Liman have clawed their way up to number 1 team in the world. Can they simply bring back "Mister Robot" like this after an injury-ridden year and widen the gap with the competition? How rusty will be the former number 1 player in the world is probably the number 1 question for all 3x3 fans before Debrecen.

Can they fight off the rising 3x3 talent for another World Tour victory and regain the number one ranking?

When you have Dusan Bulut on your team, there’s never a question if your squad will have the scoring, creativity, and winning mentality to come out on top. Last year, Novi Sad won their second consecutive World Tour title and 4th overall... in 8 editions. After all those accolades and one year before the Olympics, how are these dudes supposed to stay HUNGRY? (I guess that 120,000$ for winning all 3 Masters would help)

Will we see the return of Batman and Robin?

When healthy, there may not be a better 1-2 punch than Nauris Miezis and Karlis Lasmanis. The dynamic duo led Riga to the first 2 Masters titles of their careers in Doha and Prague, where Lasmanis won MVP at both events. Before getting hurt, Lasmanis had also earned the number one player in the world title, surpassing Dusan Bulut. If Lasmanis is fully healed from his ankle surgery, we may see the unseeing of the game’s top teams by the Latvian side.

Are these guys for real?

We only say that so the team comes back with an even bigger chip on their shoulder. Of course they're for real! Disco Domo was named MVP by the players, which shows the recognition the team captain got for a sick ridiculous season. This said, we're expecting consistency on the World Tour this season from the number one team in the U.S. Remember the only Masters they won last year in Lausanne... they had to score 4 Tissot Buzzer-Beaters to get there. In 2 days in Switzerland, they saved more game points than Roger Federer in his whole career. Think about your fans, NY Harlem. You can't make them sweat like that another season.

Are they even the best team in Lithuania?

Sakiai Gulbele were the story of the year last season. Coming out of nowhere, the Lithuanian team climbed up the 3x3 ladder and pulled off an incredible upset, winning the Montreal Masters. Just when we were ready to add them to the list of contenders for this season, they showed some vulnerability at the Hoptrans3x3 event, an incredible event which featured players from the best basketball teams in Lithuania. They lost in a dramatic final to Utena Uniclub, whom - you guessed it - they will meet again in the pool phase of the Debrecen Masters. Bring on the popcorn!

Can they do it without the Teacher?

This team has been on the Tour for longer than anyone, even Novi Sad. In fact, Adin Kavgic and Simon Finzgar are 2 of the only 3 players who have featured in every single edition of the World Tour. These guys have come up with some unbelievable set plays tailor-made for 3x3, which every other team has now copy and pasted. Problem is in Debrecen; Piran will have to do without Gasper Ovnik aka 'The Teacher'. Without their leader, the team will probably have to count on Tjaz Rotar, who once led Slovenia to a perfect 20-0 record at the U23 Nations League back in 2017. And a whole lot of Anze Srebovt and 'The Sphinx' Simon Finzgar.

Check out all the FIBA 3x3 World Tour 2020 action on our YouTube channel.