Can the tallest twins in the world win in the half-court game? 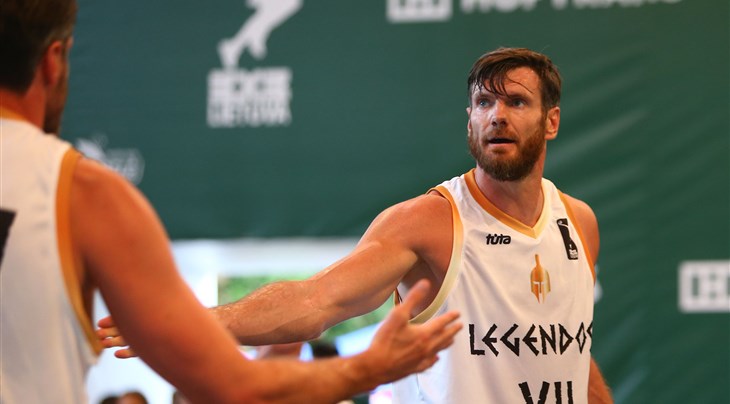 PALANGA (Lithuania) - We caught up with Olympian Darjus Lavrinovic after his challenging 3x3 debut at the Hoptrans 3x3 in Lithuania and his mindset ahead of Stop 2 on Friday and Saturday this week.

At Stop-1, Juventus Uniclub took first place behind the stellar efforts of Darius Tarvydas who led his team in scoring and to an undefeated record (5-0), thoroughly beating Taurus, 21-11 in the final.

Heading into Stop-2, the pools will be reseeded to reflect the outcomes in Stop-1. Juventus Uniclub will be joined in Pool A by Neptunas (8th place) and Cbet (9th place).

The first stop also featured many members of the Lithuanian Basketball League and FIBA 3x3 newcomers. Among them, was 40-year-old Darjus Lavrinovic, a current member of BC Vytis and a 2008 Olympian with the Lithuanian men’s basketball national team. In his first 3x3 action, the big man enjoyed playing in the new format.

"I really liked the atmosphere of the crowd, and the game is very different than basketball. It’s a different tempo, much faster basketball, but it is very interesting to watch and play."

Lavrinovic's team, Legendos, started slowly in Stop-1, losing both of their pool games by 2 points or less. Darjus believes that with more experience, they’ll continue to improve.

"In the first game it was weird at first. Just when we started to understand the 3x3 basketball style, the game was already over. The second game was much easier, and we adapted more. I hope, with every game we play it gets easier and better for us."

He was joined by his twin brother Ksystof Lavrinovic who plays alongside him at BC Vytis and Legendos. For Darjus Lavrinovic, the 3x3 style reminds him of playing at a young age. Lavrinovic and his brother join the rest of the field this Friday and Saturday, July 10-11, 2020 for Hoptrans 3x3 Stop-2. Check out all the 3x3 action on Youtube.com/FIBA3x3.