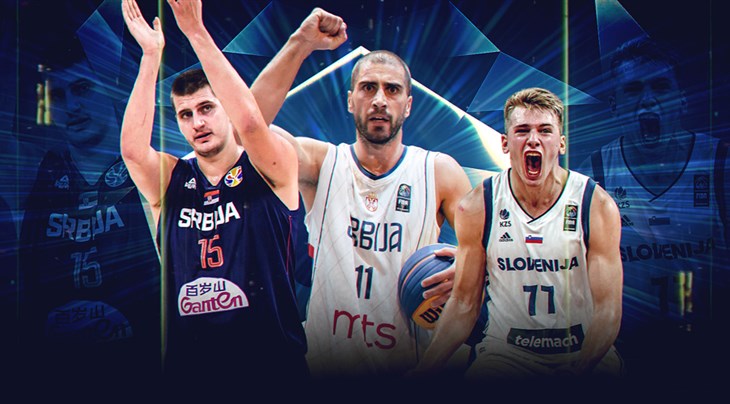 NOVI SAD (Serbia) - 3x3 world number one player Dusan Bulut joined "The Corner" podcast with Tom Kirkland and Sam Friedman to talk about life growing up in Serbia, his basketball idols, and his Olympic dreams.

From the streets of Serbia to the top of the 3x3 game, few players have made their mark as strongly as Dusan Bulut. While we know him as the smooth shooting, two-way star, Bulut’s childhood in war-torn Serbia created a unique environment to grow up in.

"I had a fun childhood. I was too small to understand the complete situation so I was usually outside all day, and we didn’t have much to do, and the whole neighborhood and community would play on the street courts to play basketball, football, or hide and seek."

Surprisingly, despite growing up in Eastern Europe, it was an American movie that got him involved with basketball at a young age, the cult classic, “White Men Can’t Jump."

"I watched that movie and my father asked me if I want to try basketball… and I said you know, I like the movie, and that’s how that all started."

Bulut has taken the 3x3 world by storm, winning six gold medals while representing Serbia in international competition. His love and passion for the 3x3 shines through every time he gets on the court.

"For me, the best thing is that it’s fun to play […] In 3x3 you have all the freedom in the world. It’s so much fun for me because I can show everything I am. I can dribble the ball; I can shoot shots and pass behind the back and stuff like that. For me growing up and playing 3x3 was always more fun than playing basketball."

Asked about his ideal 3x3 teammates of all time and all conditions, the man also known as Mr Bullutproof didn't hesitate: "I'd go with Luka Doncic and Nikola Jokic".

This joy for the game shows on the court for the Serbian sorcerer, who has modeled his game off of the idols he watched while coming up through the ranks.

"When I started playing basketball, he (his father) introduced me to Michael Jordan, and he told me he’s the best player in the world… You can learn a few things from this player for sure if you want to play on a professional level. MJ, for me, was my true role model because he expanded his brand way beyond the basketball court, and this is also what I want to accomplish when I finish my career."

Building off of his inspiration from Jordan’s style, Bulut knew he needed fundamentals and a style of his own. In creating his own game he used small parts of many players’ games including Gary Payton and John Stockton’s fundamentals and the flashier play of Jason Williams, Allen Iverson, Stephon Marbury, and Latrell Spreewell.

"[The flashier] style had a major impact and influence on my game…I wanted to have my own attractive moves. I want people to say "oooh" and "ahhh" when I play." As Bulut saw it, the best way to get to the main court and play amongst the best players was to do something special and get his coaches’ attention.

But Bulut knew he needed more than just flash and style to earn his spot amongst the top players in the world. 3x3 is a physical game that requires both mental and physical toughness.

"It’s a street sport, so the street is always a little bit tougher… It’s a part of the game. You need to adapt. It’s one of the most fun things about 3x3. You need to adapt to the rules, the referee, the weather conditions, and your opponents in every single game."

That attitude has earned him the top spot in the world rankings, but as Bulut put it, there is a much greater mental aspect to his game that has propelled him to a place well beyond his athletic abilities alone.

While Bulut and the rest of the 3x3 stars will need to wait another year to participate in Olympic competition, that hasn’t stopped him from dreaming about it. When he was asked to describe what it would mean to hear his national anthem if Serbia were to win the gold medal he said, "It’s destiny. I always visualize things… so I have been seeing myself standing with the gold medal around my neck, listening to the anthem… It will be such a proud moment for the four of us, being there from the beginning… It’s the ultimate goal and I would be unbelievably proud."

We can’t wait to see if Bulut’s dreams become a reality.