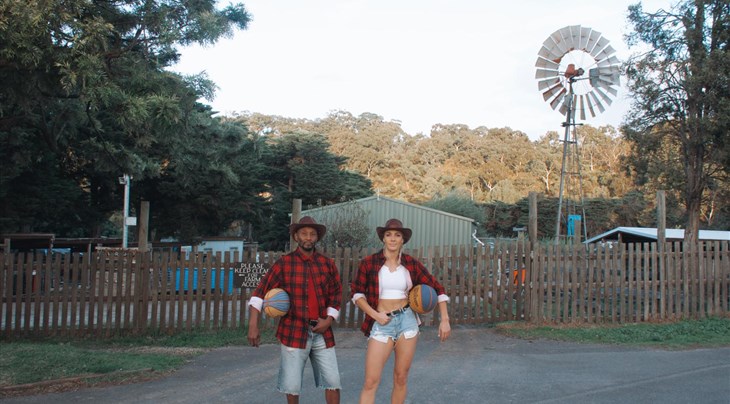 MELBOURNE (Australia) – During the worldwide lockdown associated with COVID-19, players and coaches were forced to change their training routines. While some players became home gym warriors and others were forced to play against defenseless hoops, Maddie Garrick took to social media to share her music-inspired dribbling drills with coach Damon Lowery. From there, Baller Beats was born.

Her 3x3 game or her TikTok game? What's the most 🔥 thing about 🇦🇺 star @maddiegarrick?

"I came up with the idea, but not the name, six years ago," said Garrick, who won the FIBA 3x3 Asia Cup 2019 with Australia.

Damon Lowery, aka "lollipop man", is a National Basketball League alumnus and coach who has been working with Garrick for six years now. He has instilled his signature "dance with the ball" moniker into everything they do.

Roll with us if you really wanna get it

"I took that quite literally," said the 28-year-old Garrick. "I would go out and practice in the middle of the night, and I came up with this idea to put my music on and “dance with the ball."

For Damon, dribbling is all about hearing the music. "I refer to ball handling as dancing. A lot of people think it’s just dribbling the ball and they forget the footwork part of it. Maddie had the idea if you put music to it, it makes the dancing all the more fun."

When it comes to Baller Beats, the duo has shown what dancing with the ball truly looks like. You’ll find them do a Last Dance in their best MJ gear and in full suits for their best Men in Black remix.

That belongs to their most recent video, dribbled to The Git Up, by Blanco Brown. "The moves that we did were very related to what’s happening in the song, but they’re also very related to basketball. It was a fun song; we had so much fun doing it."

Lowery agrees. "You can’t beat the windmill and the farm. It just matched the song so perfectly."

With choreography, it’s a full team effort. They both share music choices and build on their own ideas, a comradery that comes with working together for years. Of course, Damon makes sure that there are plenty of basketball moves. "It’s too much fun."

Their new account has drawn friends and fans alike, who love the content and the weekly teasers that come out.

"People will message me and message the page and say, ‘Oh my god, I can’t wait to see what’s next, these are so awesome!’," said Garrick.

Lowery’s friends have been a bit more surprised. "They never thought we could do something like this. They’ve seen us play one on one before, but to actually put a routine together, my friends are like, ‘So you’re dancing now?’," he said with a laugh. "Now we’re like this dancing couple. We’ve been dancing for a long time, but now it's official."

When it comes to what’s next the duo is predictably coy, wanting to guard the highly creative, closely guarded secrets that their fans will just have to wait to find out more about.

"We got a couple in the works, but we can’t just give it up like that," said Lowery jokingly.

With the winter approaching in Australia and forcing players to work indoors, they admit they’ll need to get creative, a challenge they are looking forward to.