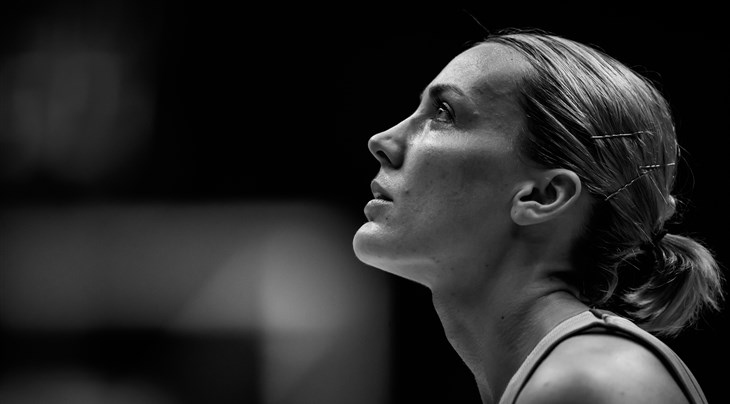 MELBOURNE (Australia) - FIBA 3x3 Asia Cup 2019 winner and Australia star Maddie Garrick sits down with FIBA3x3.basketball to speak about her own experience with mental illness and how she's trying to change lives one at a time.

We see elite athlete at the top of their game – hitting jump shots, dishing out assists and winning trophies. Often, we don’t think about the person behind the jersey, and the trials and tribulations he or she may face as a person on and off the court.

For the 28-year-old Garrick, the road to the top was far from easy. Before she become the player we see today, Garrick struggled with an eating disorder as a teenager, which saw her weight drop to unhealthy levels.

"When I was 15, I struggled with an eating disorder. At that time, it was obviously not something I could talk about too much but now it doesn’t have any influence on my life…. Mental health is just so important." Garrick, who has played basketball professionally since 2009 and started 3x3 in 2018, didn’t always know if she would be able to play at the highest level. During the depths of her illness, it was as much the mental pain as the physical which caused her the most severe problems.

“It was pretty bad. Even though I was a little bit shorter (than I am now) I was 51.5 kilos at my worst. I think the worst part about it was not so much the physical side as everything that was going on mentally… A lot of people think that people who have eating disorders, it’s all physical, and they’re just not eating, but the hardest part and the biggest change is the stuff that happens in your mind.” Through her toughest times, she had the support of her family and friends. Garrick described this as one of biggest factors that lead to her recovery.

“I’m lucky that I had very supportive parents. They both work in the medical world – my dad is a pediatrician, so even though it’s hard for them and it was hard for me, and the way that I was seeing things, if I didn’t have them and that support from friends, but particularly my parents putting me on the right path, it could have gone the other way.”

Garrick now looks back at her disorder with a completely different perspective. With her issue now well under control, she is looking to help others in her same position. She focuses on the younger generation, offering guidance and support to those in need.

“I had one young athlete contact me, telling me about what had happened (to them), and that they were nervous to go back to sport even though they were fine because they didn’t want to go back to old habits. I just kind of spoke about my experience and then a few days later their mum contacted me on social media and said, ‘Thank you, you’ve helped our family so much’. So that’s why I talk about it, because there are so many people that are going through something like that.”

Garrick’s impact does not stop at social media. She has dedicated her time to talk as a guest speaker at events, has made appearances in videos for Fox Sports, and even wrote a piece for the Player’s Voice publication, talking about her past struggles. “I’m still just a regular person and my journey has been the same for some people who might have been involved in sport,” she explained. When asked for the one piece of advice that she would give to anyone who is listening to her story, she explained, “I’ve said it a lot and when I speak to groups and people, the biggest thing that I say is that you’re not weak if you ask for help, you’re actually one of the strongest.”

For Maddie, communication is the key, on and off the court.