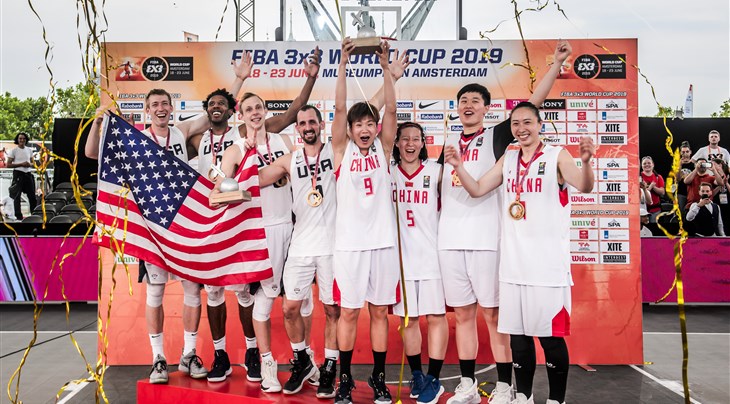 MIES (Switzerland) - 2020 promises to be one of the best and most exciting years ever for 3x3. Make sure you don't miss a bite by adding these dates to your agenda. India will see 20 men's and 20 women's teams competing for 3 spots per gender for the Olympic Games. The size of a World Cup with the excitement of the upcoming Olympics. The exact location is still to be announced but the dates are confirmed: March 18-22. The 9th season of the FIBA 3x3 World Tour will kick off in Doha (Qatar) on April 2-3, even earlier than last year, when Doha saw Riga Ghetto (LAT) win their first-ever World Tour Masters. If you think 2019 was exciting, just get ready for 2020.

Who will win the last ticket to the Olympics?!? The UOQT could be tougher than WWE Royal Rumble . Only countries who have not been represented in the Olympic Basketball Tournaments (men or women) in the past 2 editions of the Olympic Games (London and Rio) are eligible. Will Australia do a historic back-to-back double? Will the men's squad win it for the third time? Can Mongolia's men bounce back after losing the final twice in a row? Who can stop Bec Cole and company? The FIBA 3x3 Asia Cup has a lot of questions that will be answered when the best Asian teams hit the court on May 13-17 in China.

Will Serbia (men) and France (women) retain their titles? Antwerp (Belgium) will see the best 3x3 teams in Europe compete for the European crown. It will also be the last big national team event before the Olympics...

Set up your alarm because 3x3 will make its much-awaited debut in the Olympics this year in Tokyo. Eight teams per gender will compete for every athlete's little kid dream: an Olympic medal. Debrecen will host the FIBA 3x3 U18 World Cup 5 years after doing it for the first time. In 2015, New Zealand (men) and France (women) conquered the World Title. Last year, in Ulaanbaatar (Mongolia) the U.S won a historic double they will defend this August in Hungary.

The second season of the Women's Series will come back this year with its Final event in Montreal on September 5-6. Who can prevent France from winning it again? The locals may have to say something about that.

The 12 best professional teams in the world will meet at the World Tour Final. Can anyone finally end Novi Sad's domination? Or will Dusan Bulut and the gang win their 5th title in 9 editions?!?

Kampala (Uganda) will host for the second consecutive year the Africa Cup. In 2019, Egypt won a historic double and Soraya Mohamed broke the internet with her crazy moves and was named MVP of the women's event. Who can challenge Egypt's dominance?