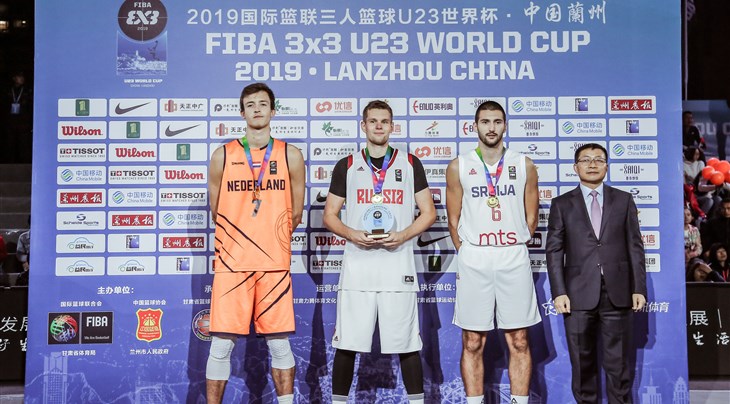 LANZHOU (China) - Alexander Zuev was named MVP of the FIBA 3x3 U23 World Cup 2019 after leading Russia to back-to-back titles on October 6.

The Russian sharpshooter spearheaded Russia to their second gold medal at the event in 2 editions.

Zuev finished 3rd in scoring in Lanzhou with 50 points in 7 games, including the Tissot Buzzer Beater to defeat Italy in the quarter-finals.

The 23-year-old was joined on the team of the tournament by top scorer Dylan van Eyck, who carried the Netherlands to 4th place with his 53 points. Serbia's Vladimir Trajkovic completed the team after winning bronze for Serbia.

Both Zuev and Trajkovic are already playing professionally on the FIBA 3x3 World Tour.