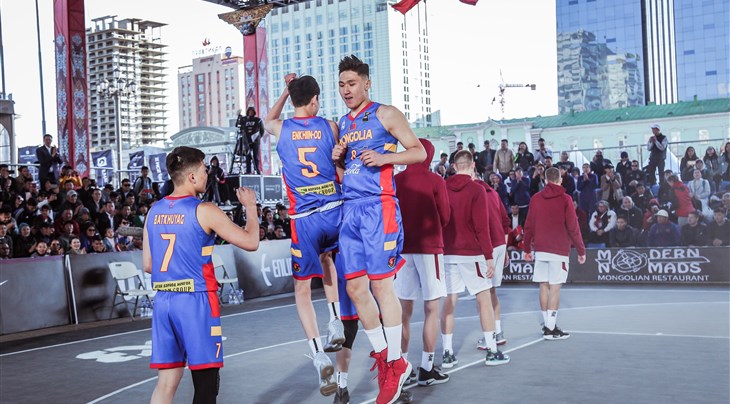 It will be a chance to watch the future of men’s and women’s 3x3 with many hot prospects playing Asia’s major youth tournament for the first time.

Here’s some of the main talking points.

• No.1 men’s seeds China have a formidable record at this tournament and will be aiming to go one better after finishing runners-up to New Zealand last year. It’s a fresh team this time around but China once again have a bucket load of talent. They boast size and versatility making them a nightmare to match up against. Zebin Wu is one excitement machine to keep an eye out for. It will take a mighty effort to defeat China.

• China’s main threat might come from No.2 seeds Mongolia whose roster impressed at the FIBA 3x3 U18 World Cup 2019 where they finished sixth. It was a sensational performance for the 14th seeds who stunned third seeds Latvia en route to a quarter-final finish. Enkhiin-Od Sharavjamts was brilliant throughout and the 16-year-old’s talents saw him attend the NBA youth summer camp in Asia this summer. He has the potential to steal the show in Cyberjaya.

• Much like the men’s, China’s women’s are the team to beat and the No.1 seeds. The reigning champions boast one remaining player from last year’s title winning team - Xianglin Wu who is the No.1 player in the world for her age. She will lead a new team hoping to continue China’s dominance of Asia.

• It’s a loaded women’s section with several worthy candidates but the Philippines could be a dark horse contender. Ella Fajardo, Camille Clarin and Angelica Surada were all part of Philippines’ stirring FIBA 3x3 U18 World Cup 2019 campaign where they reached the quarter-finals after beating higher seeds Mongolia and the Netherlands. Don’t be shocked to see the Philippines surprise once again.