Wuxi Challenger preview – Will Liman get a chance at revenge against nemesis Riga Ghetto? 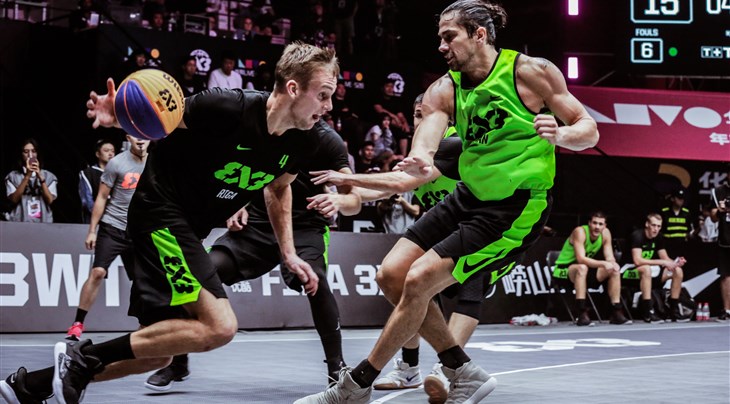 World No.1 Liman will start the first professional event of the season as favorites but face a tough challenge against some of the best 3x3 teams in the world.

Riga Ghetto (LAT), who finished runners-up at the FIBA 3x3 World Tour Bloomage Beijing Final last year, loom as their main challengers as the No.2 seed while Amsterdam (NED), Zemun (SRB) and Gagarin (RUS) are also fancies and round out the top five seeds.

There is the mouth-watering prospect of defending champions Liman and Riga Ghetto clashing in the final in a potential revenge game for the Serbs who were stunningly upset by the Latvians in the quarter-finals in Beijing last start.

Liman, who have been based in China during the past couple of months, will boast their big names including Stefan Stojacic aka Mr Robot who will be looking to get back on 3x3’s throne after finishing last year second on the individual rankings behind rival Dusan Bulut.

Liman had a sour end to a spectacular 2018, where they won three Masters and finished runners-up three times.

Riga Ghetto will be led by dunking machine Karlis Lasmanis who is in red hot form after claiming the MVP of the United League Europe 3x3 in St Petersburg last week.

Zemun, the World Tour 2017 winners, could be a major threat and will look to rebound after a down season last year. Bogdan Dragovic, who was the hero back in 2017, is set for a big season in an effort to re-establish himself as one of the superstars of 3x3.

The two-day event will feature 16 teams, including three of the top four teams in the world and eight of 20 overall, who are fighting for $32,000 USD in prize money (a significant increase from $20,000 USD in challengers last year).

The two best teams at the Wuxi Challenger qualify to the Chengdu Masters on June 1-2.

Novi Sad (SRB), who were unbeaten last year in the World Tour Masters, and Slovenian team Ljubljana (SLO) will not compete in Wuxi as they have already earned their ticket to Chengdu.