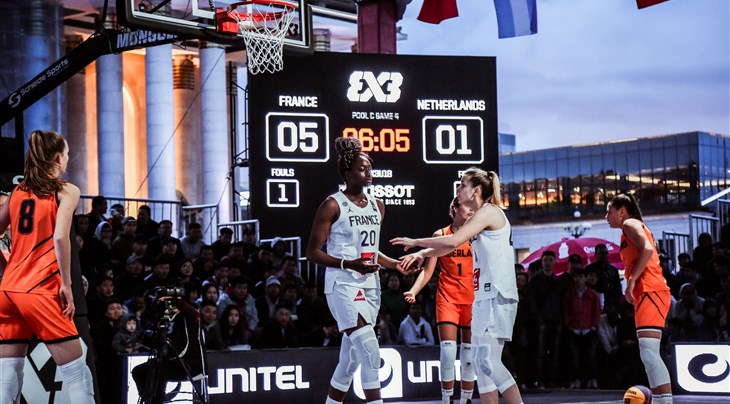 In the men's category, all eyes are on reigning champs Hungary, who won the competition last year in front of their home crowd in Debrecen in a nail-biter against Serbia, who are back as well this year in Georgia, aiming to get their revenge and put their hands on the trophy.

Will Georgia's men live up to the hype? They finished 13th at the last FIBA 3x3 18 World Cup in Mongolia and they will use their experience at the World stage to try to go as far as possible in the Europe Cup in front of their fans.

And how about Russia's men? They finished 4th at the U18 World Cup this year and bring the exact same roster. Keep an eye on Danila Chikarev, aka "Too Easy". Also, Ukraine (5th in the World Cup) and France (2017 winners) are the teams to beat in Georgia.

In the women's category, U18 World Cup 2019 bronze medalists France are the main favorites to win the title. Lisa Dufon made the Team of the Tournament in Mongolia and is back to take MVP this time. Les Bleues will meet reigning champs Belgium directly in the pool stage in a rematch of last year's final. Ukraine and Russia are the other candidates for the title after their eye-opening performance at the U18 World Cup. Russia won bronze last year at the U18 Europe Cup and Silver two years ago. Their star player Alexandra Andrushchenko already won gold last year in the U23 category!, Ukraine are a powerhouse in women's 3x3 and can count on the dynamic Lena Popova.