Vanuatu up to the challenge at FIBA 3x3 Asia Cup 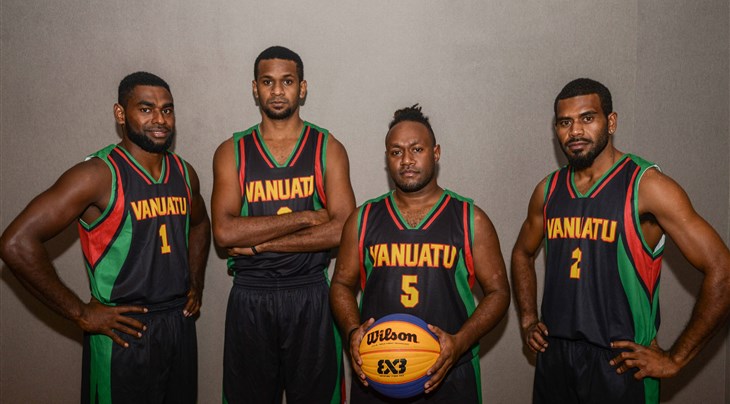 PORT VILA (Vanuatu) - Vanuatu will be participating in their second FIBA 3x3 Asia Cup starting on May 22-26, 2019 in Changsha, China with the hopes of improving their performance from last year's campaign.

"I can say that this is our best form ever. Most of the players have changed in the last two years since we started to train and play 3x3. It will be hard but we will be giving our best effort," shared Duthu, who also trains the team. "In our provincial games, there was a clear difference between players, that train regularly and at a different intensity as national athletes."

Jared Ova, who was part of last year's men's squad is raring to compete again in this year's tournament and believes that the team is better prepared to take on the challenge.

"After our first experience last year, we have built our confidence and we know what we can expect. It's going to be a challenge with strong teams there but we will continue to learn and hopefully outperform what we did last year," he shared.

The men's team is seeded in Pool B of the qualifying draw with South Korea, India, and Malaysia. Meanwhile, in the women's team, Jessie Malverus who is also returning for another tour of duty echoed the sentiments of Ova and while offering relevant insight to a broader understanding of 3x3 in Vanuatu.

"Preparation for this year has been more successful compared to last year. We had to train four times a week and organized a tune-up series against the women's team of New Caledonia to help us prepare for the Asia Cup," said Malverus, who is also the VBF Competitions Director.

"3x3 has really grown in terms of participants and crowd compared to last year. Our participation in the Asia Cup is just another step towards a much greater goal to promote 3x3 in our country," she added.

Vanuatu will meet the Philippines, Chinese Taipei and Pacific rival Samoa in Pool A of the women's Qualifying draw.

After a winless campaign in last year's competition, Vanuatu are eager to prove their worth on the international scene.