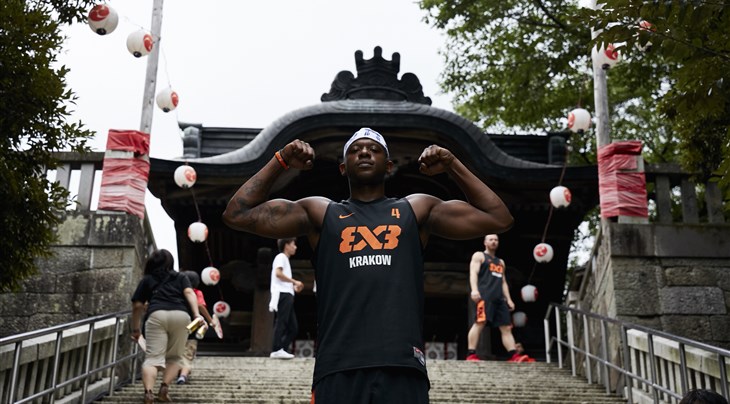 UTSUNOMIYA (Japan) – FIBA partnered with the Japanese city of Utsunomiya and Xross Sports Marketing to "beat the heat" and offer a chance to the future 3x3 Olympians to be in the best conditions to put on a show at the Tokyo 2020 Olympics.

"We often describe 3x3 as a 10-minute basketball sprint,” FIBA 3x3 Managing Director Alex Sanchez said. "Playing outdoor at a frenetic pace; we knew that the heat would be a challenge for the players. That’s why besides all the important measures we will take to help the athletes during the competition, we wanted to make sure they arrive fully acclimatized before their Olympic debut. This is a key development. We have no doubt that fans worldwide will fall in love with 3x3 at the Tokyo 2020 Olympics." After hosting a FIBA 3x3 World Tour Masters since 2016 and the Final this year, Utsunomiya will anchor its status of capital of 3x3 in Japan by holding the pre-Olympic acclimatization for the best 3x3 players in the world on July 12-19, 2020.

The 3x3 event at the Tokyo Games is scheduled for July 25-29, traditionally a very hot and humid period in the Japanese capital. With this in mind, the International Olympic Committee (IOC) Medical Department issued a brochure for the athletes featuring 10 tips on how to beat the heat in Tokyo. The 1st tip on the list was to acclimatize to the heat by training in the heat for at least 2 weeks.

In 2020, Utsunomiya will once again work with Xross Sports Marketing to organize a FIBA 3x3 World Tour event for the 5th consecutive year on July 11-12, meaning two weeks before the first 3x3 game at the Olympics. After the World Tour event comes to a close, the indoor and outdoor venues will remain open and the staff, volunteers and services will stay operational for another week. The city will invite the 16 teams (8 men’s and 8 women’s), who have qualified for Olympic Games to prepare just 100 kilometers away from Tokyo.

"Since the first event back in 2016, it was love at first sight between 3x3 and the people of Utsunomiya," Utsunomiya Mayor Eiichi Sato said. "These events have the rare privilege to be held just in front of our most sacred shrine and bring together thousands of educated fans each year. We’re proud to have become the capital of 3x3 in Japan therefore we wanted to get involved as 3x3 makes its first Olympic appearance in our own country."