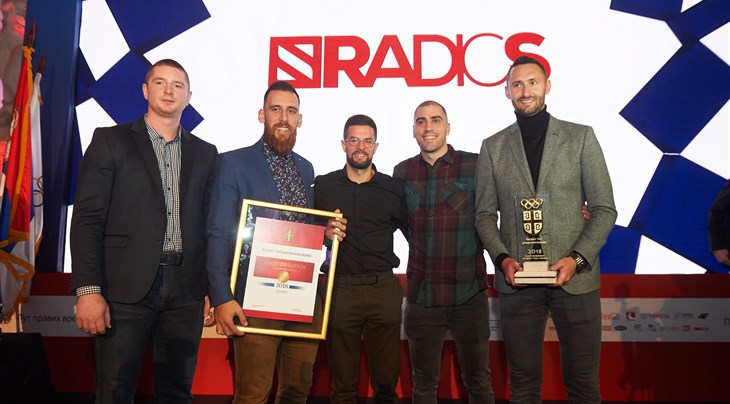 BELGRADE (Serbia) - The Serbian Olympic Committee awarded their 3x3 national team the Serbian Team of the Year award during their National Assembly on December 22, 2018.

The team featuring Dusan Domovic Bulut, Dejan Majstorovic, Marko Savic , Stefan Stojacic and Marko Zdero was undefeated in 2018 and won both the FIBA 3x3 Europe Cup (with Zdero) and the FIBA 3x3 World Cup (with Stojacic). It was the team's 1st European crown and 4th World title (in 5 editions). They went 15-0 on the season. The same team (with the addition of Tamas Ivosev) did not lose a single game either on the professional FIBA 3x3 World Tour all year (32-0).