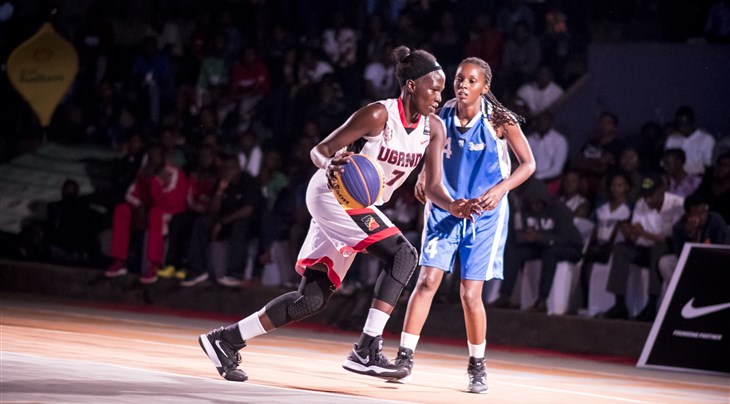 Uganda's women lit up Day 2 of the FIBA 3x3 Africa Cup with 2 wins, the first one, over Nigeria in a dramatic way after hosts took an early 6-0 lead, but Nigeria bounced back thanks to Ifunanya Okoro's 11 points. With the game tied at 15 with 15 seconds left, Ritah Imanishimwe scored a huge 2 pointer to ice the game.

In their second game, Uganda defeated Kenya 13-11 to top women's Pool A and advance to the semi-finals. Their next opponents will be Egypt, who advanced to the semi-finals despite playing with just 3 players. Soraya Mohamed was stunning for Egypt. She ranked 2nd in scoring at the end of pool play wit 28 points in 3 games (Okoro scored 30). Their only defeat came against Mali (21-8), who ruled Pool B.

Move over Cleopatra, there is a new queen of Egypt 👑🇪🇬 @sorayamohamed_

In the men's category, Egypt dominated Pool B with 2 wins before the limit. Mohamed Mohamed was a force against Benin with 10 points. He then stepped up in money time against Mali when the game was tied at 17 to seal the win. He finished pool play in second place in the scoring charts, just behind Madagascar star Elly Randriamampionona.

Pool A was a thriller with all 3 teams tied with 1 victory. Kenya and Botswana, who faced off in one of the games of the day, advanced based on their point average.