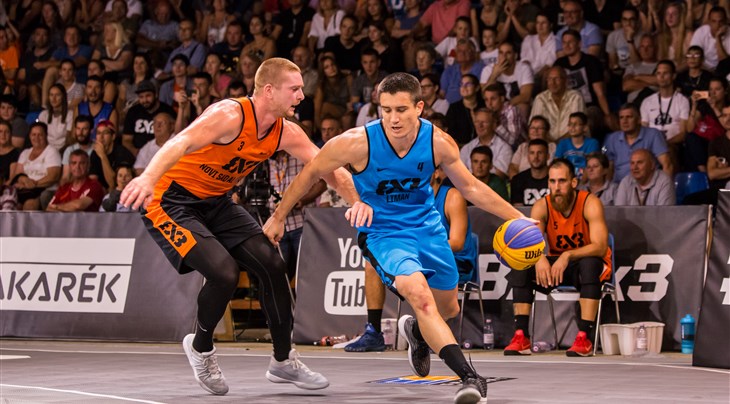 NOVI SAD (Serbia) - A Serbian showdown between the world’s two best teams Novi Sad and Liman is anticipated at the inaugural Novi Sad Challenger on May 24-25.

World No.1 Novi Sad and No.2 Liman dominated the FIBA 3x3 World Tour last year and engaged in a rivalry for the ages. It has continued this season with Liman memorably ending Novi Sad’s 35-game winning streak in the semi-finals at the Doha Masters.

But Novi Sad gained revenge with a thrilling 21-19 victory in the quarter-finals at the Penang Challenger earlier this month en route to the title.

The Serbian powerhouses will once again be the teams to beat with Liman enjoying their first title of the season at last week's Kunshan Challenger. Playing without superstar Stefan Stojacic, Liman continue to be formidable and well led by Stefan Kojic who stepped up with a dominant MVP performance in Kunshan.

They might be rivals on court but Novi Sad and Liman worked together to organize the 16-team event in the mecca of 3x3.

The strong field - which includes five of the top 10 teams in the world - boasts No.3 seeds Gagarin (RUS) who loom as a serious contender after a strong run in Penang, where they finished third. Excitement machine Alexander Zuev will be one of the players to watch as the young gun emerges into a 3x3 superstar.

There will be two teams from mighty USA headlined by fourth seeds Princeton who boast sharpshooter Craig Moore. The always entertaining NY Harlem are also in the draw and have included Kidani Brutus, who will be keen to showcase his explosive game.

The always competitive Zemun and Vrbas round out the Serbian teams and will be determined to spoil the expected Novi Sad and Liman party.

The two top teams – other than already qualified Novi Sad and Princeton – in Serbia will earn tickets for the Mexico City Masters on July 6-7 in the third stop on this season’s FIBA 3x3 World Tour.

Riga Ghetto (LAT) and Edmonton (CAN) have also qualified for the event in Mexico.