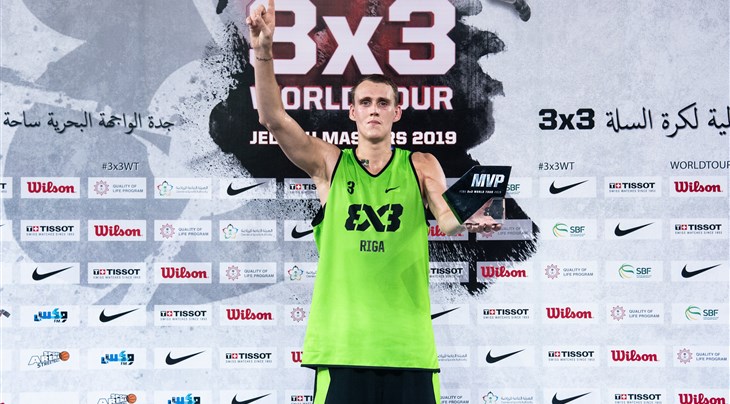 The FIBA 3x3 Europe Cup 2017 MVP was a force during the whole event and finished the Jeddah Masters as top scorer with 43 points, including 9 in the final against Liman (SRB) to avenge the dramatic loss in the Debrecen Masters final.

The 28-year-old was a model of consistency. He scored between 8 and 9 points in each of his 5 games. The number 3 player in the world led his team in scoring in the last 4 games of the competition. He also contributed 15 highlights and 13 rebounds and shot a crazy 83% (19-23) from inside the arc.

Second in the scoring charts was his teammate Edgards Krumins, who had 34. Stefan Kojic (Liman) was third with 32 points overall.