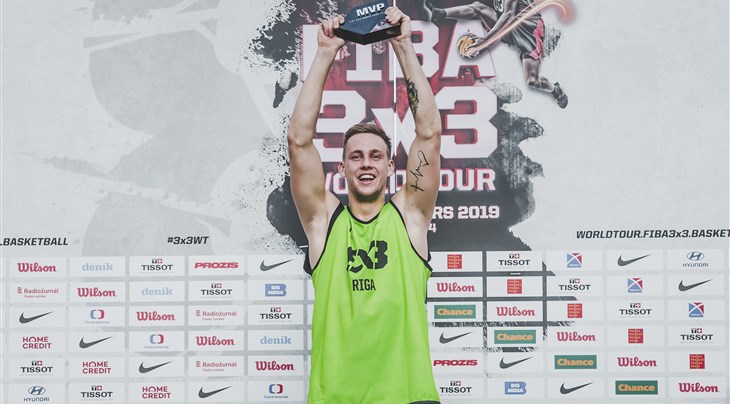 The 25-year-old led Riga Ghetto to their second Masters title of the season in the Czech capital. He topped all scorers - tied with Princeton's Robbie Hummel - with 36 points overall. His best offensive performance came in the pool phase against Vitez EcosRomari (BIH) with 11. He also finished the event strong: he was the game's top scorer in the semi-finals against Zemun (SRB) and the final versus Princeton (USA).