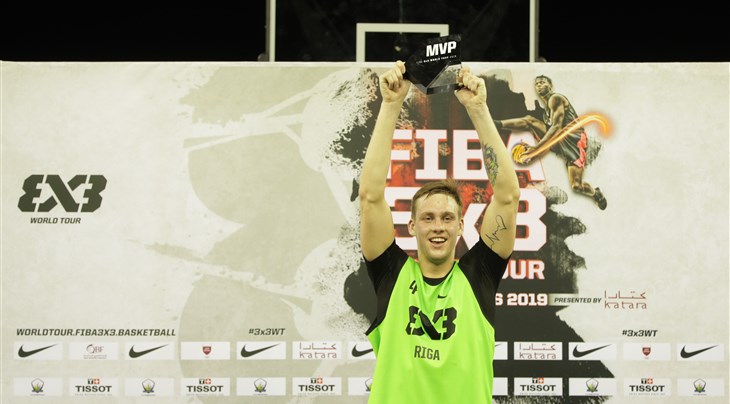 Flight KLM finished as top scorer of the event with 39 points in 5 games, including an equal game-high eight points in the final to lead Riga Ghetto (LAT) to their first World Tour Masters title.

He has now won three MVPs in a row after claiming top honours at the United League Europe 3x3 and the Wuxi Challenger.

Second in the scoring charts was Mihailo Vasic, from Liman (SRB), who finished with 30.