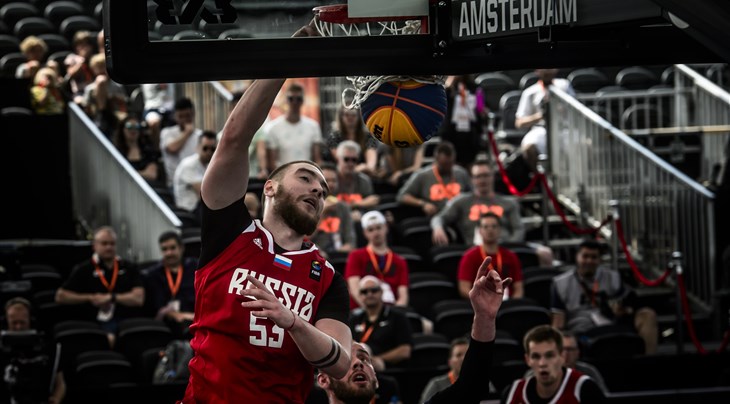 BUDAPEST (Hungary) – With the Final of the FIBA 3x3 U23 Nations League taking place on September 13-15 at the World Urban Games in Budapest, we take a look at the players you should keep an eye on.

The 22-year-old is already a 3x3 veteran. She won the U18 World Cup back in 2015 and the U23 Nations League Final last year in Hyderabad (India). Don’t blink when she steps on the 3x3 court: Berkani has more dimes than a Vegas slot machine. Can she lead France to back-to-back titles?

The Russian 3x3 star might be the most spectacular player in the U23 Nations League Final. Already a FIBA 3x3 U23 World Cup champ last year, the 6ft 7in (2,01m) posterizer jumps higher than Anna Chicherova and punches the ball harder than Khabib.

The U23 World Cup 2018 Team of the tournament already plays for the Hungarian senior 3x3 national team. He will get the support of an entire country in Budapest. Should be fun cause this dude is a crowd-pleaser: he intimidates the rims like Attila and can produce poetry with his gorgeous no-look passes.

Another U23 player with senior experience! The 22-year-old finished 6th at this year’s FIBA 3x3 World Cup in Amsterdam and also participated in the first-ever FIBA 3x3 Women’s Series with Russia. She leads the entire series in 2 points made! Her leadership will be key for a Russian team looking for another U23 title after the U23 World Cup they won last year.

The U23 World Cup 2018 bronze medalist wants to expand her trophy cabinet. With her sick ankle-breakers and spin moves, she’ll have you call her Queen Viktoriia before the end of the tournament.

Or shall we say, the new flying Dutchman? Raidell goes higher than Bob Marley on a plane with his ferocious dunks and silly crossovers. Despite being just 21 years old, he already got a taste of 3x3 at the highest level at the Bucharest Challenger representing Rotterdam.

The 22-year-old might be the newest 3x3 prospect coming out from France. Last year, he was part of the team that won the U23 Nations League in India and finished 4th at the U23 World Cup in China. He can shoot and finish ferociously at the rim. Can he lead France to another 3x3 title?

At just 22, she’s already a former #1 3x3 player in the World. Van Kleef already won a silver medal at the Youth Olympic Games back in 2014, represented Netherlands at the 3x3 World cup 2016 and finished 2nd in the U23 Nations League 2017. Can she taste gold this time?