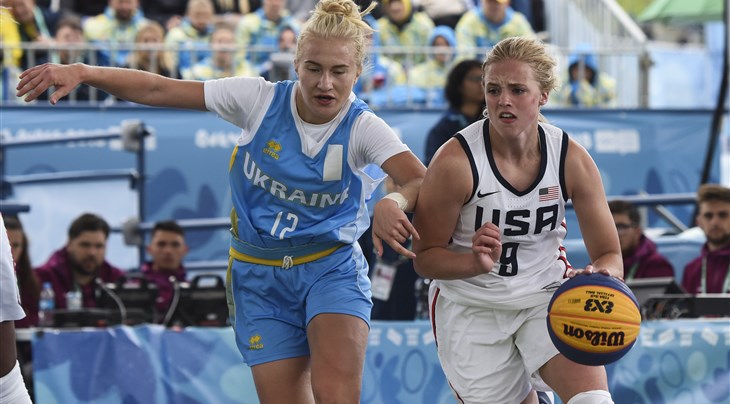 Let's take a look at the 5 women that will break the internet during the event.

At only 17, Pramono is already a 3x3 veteran as she is preparing for her 3rd 3x3 International Event. The 3x3 U18 Asia Cup 2017 gold medalist also represented Indonesia as the latest edition of the Youth Olympic Games (15th). Can her experience bring back another medal to Indonesia? Karina Esquer is already writing history for Mexico in 3x3, at only 16, she finished 5th at the Centroamerican and Caribean Games playing against adults. 9th at the Youth Olympic Games last year, she made fans more pumped than Drake courtside with her unlimited range and her intensity on and off the court. Another familiar face for all 3x3 fans! You might remember Leger-Walker from the 3x3 U18 World Cup back in 2016, where she guided New Zealand to the 5th place. She was already included in the senior team at just 17 at the FIBA women's Asia Cup 2017. Unstoppable when she drives, the Hamilton native is all business like the front of the plane. The 5ft 9in (1,76m) is one of the best 3x3 prospects and one of the most experienced 3x3 players at the event after finishing 5th at the FIBA 3x3 U18 Europe Cup last year and 7th at the Youth Olympic Games last summer. Kosmach can score from the logo and drive to the basket with faster handles than Arya Stark. The gold medalist of the last edition of the Youth Olympic Games might be the best player at the event. Stronger than Ronda Rousey and faster than Tori Bowie when it comes to attacking the basket, the 17-year-old game is compared to James Harden with her deadly left hand. Can she guide the U.S to back-to-back titles in Mongolia?