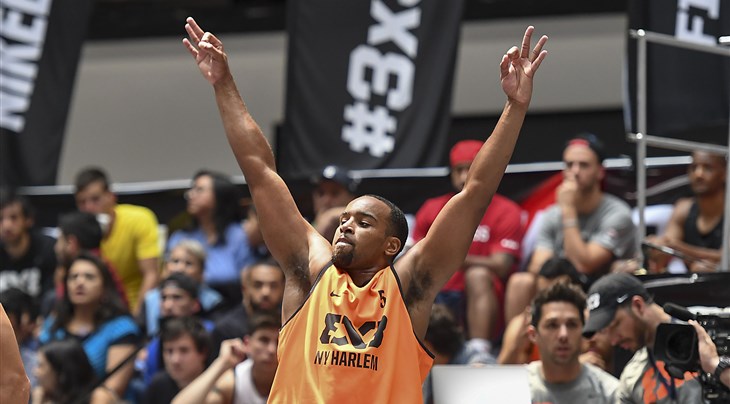 MEXICO CITY (Mexico) – There’s a million reasons to follow the FIBA 3x3 World Tour Mexico City Masters over the weekend but we cherry-picked the best 5 for you.

1. Life after the World Cup
The main protagonists of the latest World Cup will be in Mexico this weekend. The 2 World Champs Damon Huffman and MVP Robbie Hummel will go south of the Rio Grande with a great deal of confidence, though things won’t be the same without Canyon Barry and Kareem Maddox. Team Riga will feature the exact same team which led Latvia to the silver medal in Amsterdam. Both teams have shown in the Netherlands that they can beat the nucleus of team Novi Sad.

How will Dusan Bulut, Dejan Majstorovic and Marko Savic recover from their Amsterdam disaster, the 1st time Serbia did not win a medal at the World Cup? Good news for the #1 team in the world: they see the return of their big man Tamas Ivosev, who represents Hungary in national team competitions. Another team who will try to put their World Cup blues behind them? Team Amsterdam, who ended their campaign in the pool stage 2 weeks ago. Last, Brazil also suffered an early exit in the Dutch capital and will be represented in Mexico by 2 teams (Campinas with Felipe Camargo and Jonatas Mello and Sao Paulo DC with Jefferson Socas).

2. The end of the European hegemony
The US win in Amsterdam marked the end of the European domination at the 3x3 World Cup. And if we look closely in Mexico, at least 3 teams can challenge the best European teams for the title. NY Harlem (USA) and Edmonton (CAN) already won a Challenger this year (OPAP Limassol and Nanjing respectively). Team Princeton did not win a title yet this season but finished 2nd in Nanjing and Moscow in 2019. You won’t find any player hungrier than NY Harlem star Dominique Jones in Mexico. Both in 2015 and in 2016, ‘Disco Domo’ had his fingertips on the money bags before losing to a miracle shot. Not happening this time.

3. Riga’s year?
Until last year, Riga had never made won a World Tour event. Since the clock turned to 2019, they’ve gone 1 and 2 in the first 2 Masters and sit on top of the World Tour standings. Karlis Lasmanis has been unstoppable this spring and Nauris Miezis had moments where he left people wondering who’s Batman and who’s Robin. The Latvian armada got a boost of confidence after beating their Serbian rivals at the World Cup. Will that disappointing 4th-place finish at the Raudondvaris Challenger earlier this week plant a seed of doubt in them before Mexico?

4. The return of the mountain
You thought The Mountain had perished in King’s Landing? The real mountain 7-footer Bas Rozendaal is back at the World Tour, but for the first time not with Amsterdam on his chest. Team Amsterdam will also be in Mexico but could not find a roster spot for Rozendaal anymore, who oped to join Team The Hague. Now all we need is an Amsterdam – The Hague clash. Unfortunately we would have to be patient. At best, the 2 Dutch teams will meet in the semi-finals in Mexico.

5. A heck of a dunk contest
The Mexico City Masters dunk contest has a chance to be special. No European dunkers this time, it’ll be an All-American affair in the Perisur Shopping Mall. It starts with Isaiah Rivera, who made Blake Griffin look like Stewie Griffin when he jumped over him to win the Quai 54 Dunk Contest in Paris. Jordan Southerland is back in Mexico after winning the dunk contest back in 2016 and Michael Purdie is making his long-awaited return to the World Tour. This dunk contest is gonna have more 30 for 30 than ESPN.