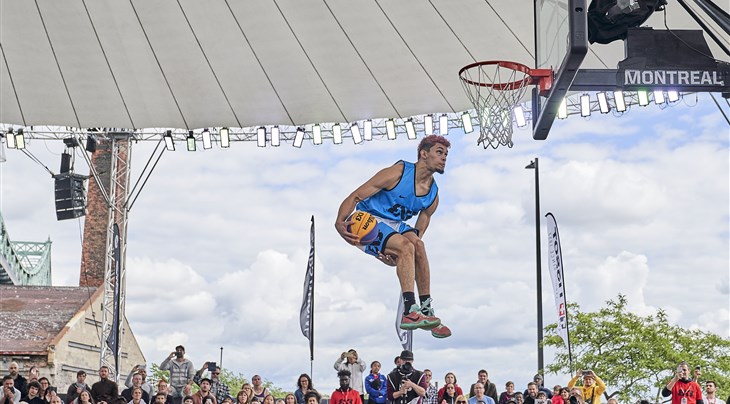 UTSUNOMIYA (Japan) - The finale to an amazing World Tour is just days away. Here are the five reasons why you should absolutely watch the FIBA 3x3 World Tour Utsunomiya Final on November 2-3, 2019.

The champs Novi Sad have a point to prove

This season has been different. Sure, Novi Sad has still won their share. Two Masters title, actually. But their complete dominance is over. Three times they were knocked out in the quarter-finals!

Their last Masters victory was back in July in Mexico City. It's been a long drought for their high standards.

But Novi Sad with a point to prove should be extremely dangerous. They still have their familiar superstar line-up intact. You know them well. Dusan Bulut – 3x3's most decorated player and who performs magic tricks with the ball. Dejan Majstorovic aka the Maestro who can light up faster than an incense stick.

Don't sleep on Tamas Ivosev, who is stronger than Thor in the paint. And Marko Savic is always savage.

Despite their struggles, Novi Sad loom as still the team to beat in Utsunomiya.

The rims are going to be in trouble

The dunk contest - everyone's favorite event - is going to be special. American Isaiah Rivera might have a baby face but his dunks are R18+. He proved why he is one of the hottest dunkers on the circuit with a nasty victory at the Montreal Masters.

This isn't going to be a one-man race. Ukraine's Dmytro 'Smoove' Krivenko is one of the best in the business, and likewise young wolf Piotr Grabowski from Poland who claimed silver at the FIBA 3x3 World Cup 2019. He lives for the big stage.

Do not miss this!

Meet the No.1 seeds, Riga Ghetto!

You could sense their rise coming. Riga Ghetto were so close last year but just couldn't get past Novi Sad. But they vowed to get better and worked hard in the off-season. And they sure did!

This season they raised their game immediately with victory at the opener in Doha. And Riga Ghetto added two more titles, including most recently in Jeddah.

What's been most impressive has been their ability to perform so well without Karlis Lasmanis with Flight KLM being grounded recently and, unfortunately, won't be taking off in Utsunomiya either. Not many teams could recover from losing their best player.

But this isn't any ordinary team. It has Nauris Miezis who has seamlessly transformed from Robin to Batman and Edgars Krumins has become new sidekick Robin after picking up the scoring slack with his sharp shooting.

To really stamp themselves as the best, Riga Ghetto know they need to win in Utsunomiya. If they do, a new king will sit on 3x3's throne.

Do you know how many teams won Masters this season? 8! This season has been the biggest and baddest of them all. It's been a whole lot of fun not knowing who is going to win.

The game is capturing attention globally with powerhouses emerging in North America and there are competitive teams now in most parts of the world.

Basically every team has a legitimate superstar and you could feel confident of selecting any team to go all the way in Utsunomiya. It means that picking a winner at this year's Utsunomiya Final is harder than selecting a favorite Jay Z track.

It's quite fitting that the World Tour Final will be held in Japan because next year 3x3 makes its debut at the Tokyo Olympics! We're more excited than the last day at school.

With the Olympics only about nine months away, it's time to start announcing some participants. What better way than to announce the qualifiers for the Olympics - either directly or indirectly - the night before the Utsunomiya Final.

This is going to be historical - and epic - and livestreamed from 8 to 9.30pm local time (GMT+9) on our YouTube channel.