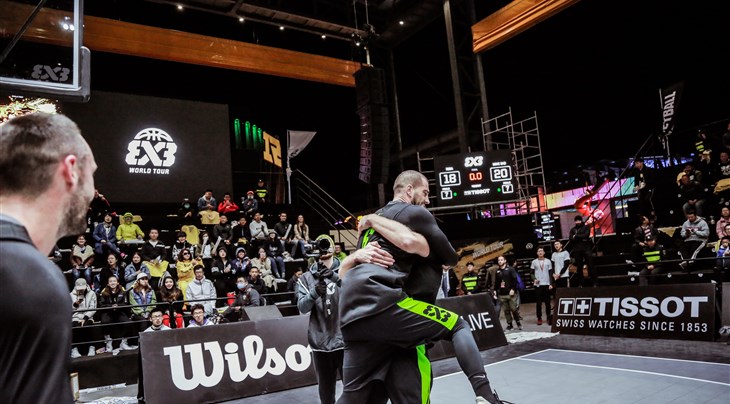 DOHA (Qatar) – It’s quick, it’s epic and it’s back! Better than ever. The FIBA 3x3 World Tour finally returns with a historic first visit to Doha. You know this is going to be special.

From the streets to the Olympics Who will DOMIN8 the #3x3WT? Watch Season 8 at youtube.com/FIBA3x3

We give you 5 reasons to watch the Doha Masters for free on our Facebook and YouTube channels on April 18-19.

At number one, forget about Game of Thrones. You want nonstop action, revenge and a quest for power? Look no further than the struggle ahead in Doha where the top three teams in the world are pitted against each other in an early battle for supremacy.

Novi Sad sit on 3x3's iron throne after an unbeaten 2018 but World No.1 Liman and the red hot Riga Ghetto are out for the crown. Speaking of those two teams, Liman will be out for revenge like Arya Stark after a stunning quarter-final loss to Riga in the Bloomage Beijing Final.

This is the real-life GoT!

Coming up at two, Dusan Bulut broke social media last year. And he broke countless ankles too on his way to finishing 2018 as 3x3’s No.1 player. He makes Kyrie’s handles look like Child’s Play.

You just know he has been cooking up some new tricks in the off-season. We can’t wait to see what 3x3’s David Blaine magically unleashes in Doha.

He’s even nastier in 2019. Lasmanis is ballin’ after leading Riga Ghetto to victories at the Wuxi Challenger and United League Europe 3x3. The human highlight reel doesn’t just dominate in the air, he can score from everywhere.

Karlis Lasmanis is gunning to be the best 3x3 player in the world and make an early statement in Doha.

Coming up next at four, welcome back the Philippines. It is a return for the hoops-addicted nation after a four-year drought on the World Tour.

Not one but two Filipino teams will be competing in Doha with Balanga Chooks and Pasig Chooks in the draw. Regardless of what happens, you know they will be getting frenzied support from back home.

Last but not least, are you ready for Miller time? Vadim ‘Miller’ Poddubchenko can do it all. Vicious reverse throwdowns off the bounce? Check. Between the legs over volunteers? Check. Dunk from the two-point arc? No, but you can’t rule it out.

There’s good reason why he has won two of the last three titles at the World Tour final.

He’s the favorite to win the dunk contest in Doha but will be made to work against diminutive high-flyer David Carlos from the Philippines and Great Britain’s Joel Henry.