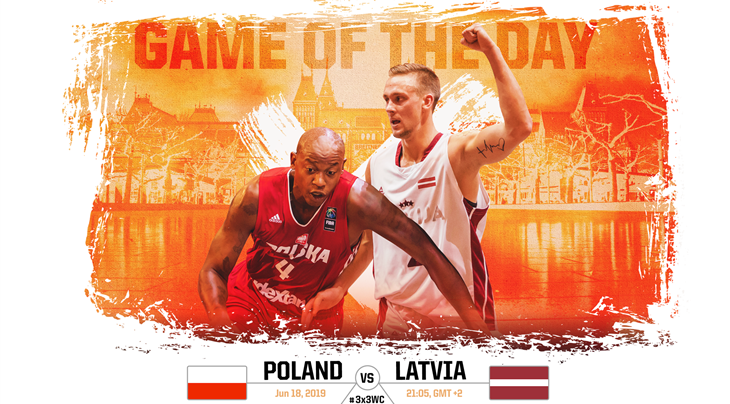 AMSTERDAM (Netherlands) - The FIBA 3x3 World Cup 2019 starts in Amsterdam, Netherlands on Tuesday, June 18, and we recommend you 3 games you should not miss on Day 1.

The Europe Cup 2018 semi-finalists Russia against the Asia Cup 2017 champions. Last year, both teams met in the World Cup in the Philippines and the Mongolians got the W. Can the country of 3 million people continue to upset the biggest basketball powerhouses? Russia are back at the World Cup with a rejuvenated roster, led by last year's U23 World Cup MVP, the sniper Alexander Zuev.

Hosts Netherlands against Europe Cup 2016 winners Hungary. Sounds good, huh? The Orange Lions won silver last year at the Europe Cup and bronze 2 years ago in front of their fans. Both teams already met last year at the World Cup and Hungary ended up putting the Lions in a cage. Keep an eye on Hungary's new addition US-born Cyesha Goree. But the Netherlands proved in the past they could reach another level on their home court like when they won bronze at the Europe Cup 2017 in Amsterdam.

Michael Hicks and company eliminated Europe Cup 2017 winners Latvia in the quarter-finals of the World Cup last year in The Philippines. This year, the Latvians are back in Holland, where everything started for them 2 years ago, Can Karlis Lasmanis and Nauris Miezis aka 'Batman and Robin' once again transform Amsterdam into Gotham City?