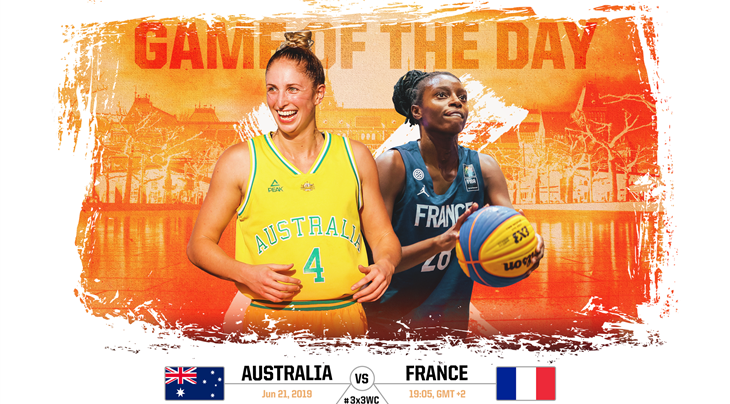 AMSTERDAM (Netherlands) - With the FIBA 3x3 World Cup quarter-finals just around the corner, 4 teams in each category still need to stamp their ticket to the knock-out round. We cherry-picked 3 games that will bring the house down on June 21.

Nothing much, really. Just the winners of the last 2 editions!!! And you know what makes this game even better? Italy took Russia's crown in the final of the World Cup 2018 in the Philippines. Both teams got to a 2-0 record on Day 2. A meeting in the pool before a rematch in the final on Sunday?

A clash of the continents between the Asia Cup and the Europe Cup reigning champs. Australia beat France at the FIBA 3x3 Women's Series Chengdu Stop a few weeks ago and are on a 16-game winning streak. Look out for the matchup between 2 of the biggest stars in women's 3x3: Bec Cole vs Migna Touré.

USA snapped Serbia's 15-game winning streak on Wednesday and suddenly became one of the favorites to win the title. Yet, they could be out on Friday if the Dutch hosts get to the same level they reached in their silver-medal campaign at the last 2 World Cups.