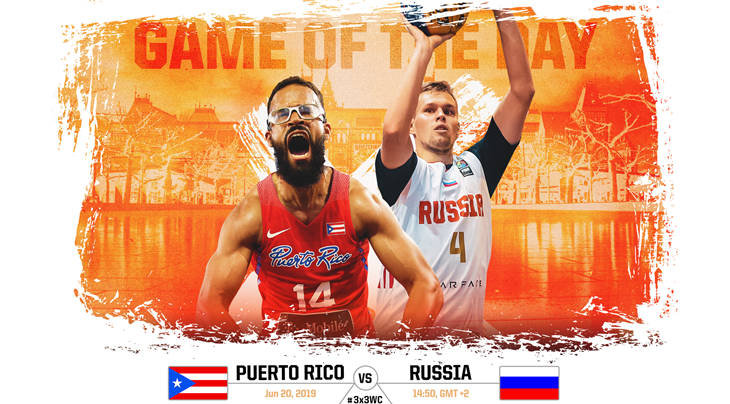 AMSTERDAM (Netherlands) - Day 3 is the day we learn about the first quarter-finalists and these are the 3 games you should miss under no circumstances.

Flashback to 2017:these teams met at the World Cup already and Russia took the W. Two years later, their roads meet again for a spot in the quarter-finals. That's when you'll finally figure out who's the best shooter Wil Martinez or Alexander Zuev?

Another do-or-die game! Both teams lost to Poland on Day 1 and their game will likely decide who advances to the quarter-finals. The Europe Cup 2017 winners against the 2-time Asia Cup winners? Will Karlis Lasmanis lead Latvia to another happy ending in Amsterdam?

Can the hosts be knocked out in the pool stage? China arrive as undefeated on Day 3 while the Orange Lions have lost against Hungary on Day 1. The home support has been amazing so far for the Dutch team. The Netherlands will need every decibel to defeat a team that reached the semi-finals of the World Cup last year in the Philippines.