The 3x3 Asia Pacific Super Quest 2019 will set the Philippines on fire! 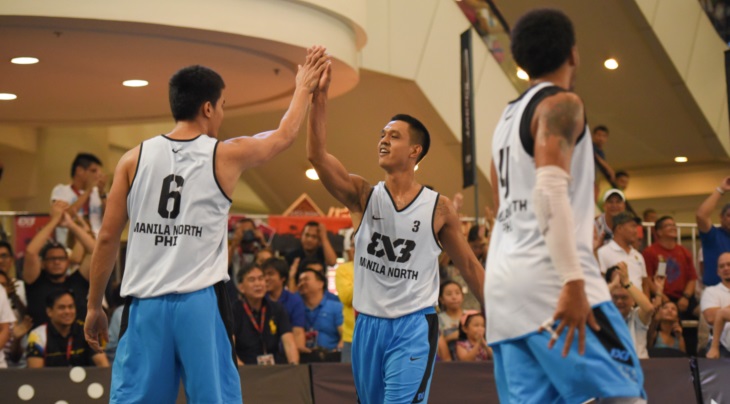 MANDALUYONG (Philippines) - The most basketball-mad country in the world will be bouncing again when the Chooks-to-Go 3x3 Asia Pacific Super Quest tips off on Saturday, April 6, 2019!

***
The Chooks-to-Go 3x3 Asia Pacific Super Quest happens on April 6 and 7 at the SM Megamall! Watch it LIVE on ESPN5 and https://t.co/PNnhBn9PGc. #ChooksSuperQuest pic.twitter.com/zBZvv41FHB

Among the notable teams tipped to see action include Team Ulaanbaatar of Mongolia, 3x3.EXE. Premier of Japan and the two local squads: Chooks to Go Bataan and Chooks to Go Pasig, which recently won the Chooks to Go 3x3 league.

Team Ulaanbaatar will be very familiar to those who watched the 3x3 World Cup 2018 in the Philippine Arena as they are bringing in the same 4 guys from last year: Delgernyam Davaasambuu, Dulguun Enkhbat, Tserenbaatar Enkhtaivan and FIBA 3x3 Asia Cup 2017 MVP Dulguun Enkhbat.

The Japanese will also feature 3 of the 4 players who saw action at last year's World Cup and will be reinforced by 28-year-old Serbian Petar Perunovic, who's currently ranked 45th in the world and competed in 3 World Tour events last year.

In a show of force, Chooks-to-Go Pasig are pulling out all the stops as Munzon will be joined by fellow Fil-Americans Taylor Statham and Troy Rike together with Serbian 3x3 star Nikola Pavlovic, who won 3 World Tour Masters with Team Novi Sad in 2017,

The second Philippines team that will compete at the Super Quest, Chooks-to-Go Bataan, will feature university stars Santi Santillan and Alvin Pasaol together with Louisiana native Travis Franklin in addition to Dehesa.

Excited to announce this new chapter in my career. It’s been about 7 months since I’ve played in an official game and happy to finally be on the court competing again. This time on the 3x3 stage. . . I am grateful for this opportunity to be a part of something special. 3x3 has brought me to beautiful places and I’m excited to be a part of the growth of this sport in my country. . . Thank you to all that support me on my journey and a special thanks to all those that doubt me 😉. Follow the journey. PEACE and LOVE to all. #WriteYourOwnStory @___align

A total of 12 teams will see action at the 3x3 Asia Pacific Super Quest, which will be held at the SM MEGAMALL Fashion Hall in Mandaluyong City, which is part of the sprawling Metro Manila capital. The tournament will begin on April 6 and end the following day, April 7.

The top 2 teams will get a ticket to the first World Tour Masters of the season in Doha, Qatar on April 18-19.