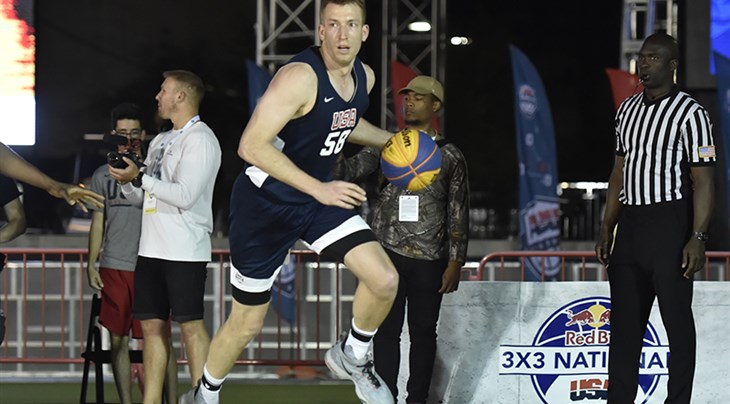 It is the first time for all squad members to represent USA at a FIBA 3x3 national team competition. Both Hummel and Maddox play on the FIBA 3x3 professional circuit for seventh-ranked Team Princeton. They were also on the winning team of the 2019 Red Bull USA Basketball 3X Nationals on May 6th 2019.

For Barry and Weber, it will be their first experience in international 3x3 basketball. Though, they tout impressive resumes. Barry, the 25 year old from Colorado Springs is the son of NBA Hall of Famer Rick Barry, has played in G-League, NBA Summer Leagues and professionally in Europe. Weber has also spent time in the G-League and most recently played professionally in Greece.

Team USA never won a gold on the men side at a FIBA 3x3 World Cup. This is something that the four-man squad will look to change.