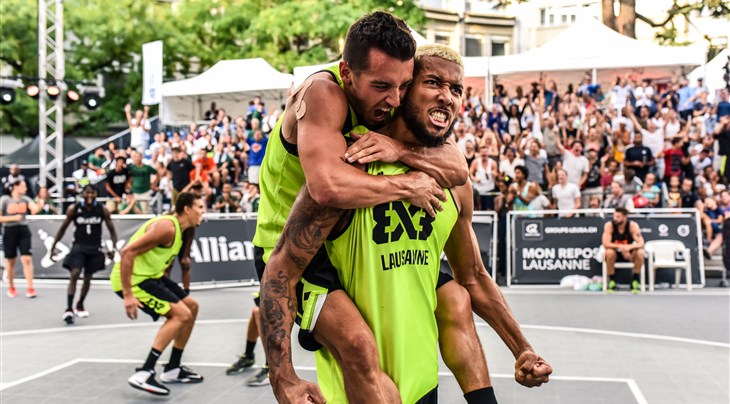 LIPIK (Croatia) – Lausanne (SUI) will be aiming to showcase their talents against the world’s best at the Lipik Challenger on June 14 and 15.

Ranked No.21 in the world, Lausanne is one of the rising 3x3 teams and will be boosted by the return of 24-year-old star Natan Jurkovitz, who will make his first appearance on the professional circuit since the Lignano Sabbiadoro Challenger almost a year ago.

Jurkovitz is in hot form after winning the Swiss basketball league with Olympic Fribourg earlier this week. His presence is set to spark the seventh seeds who face an early test against powerhouse Ljubljana in a Pool B blockbuster.

The second seeds will continue to be without towering big man Blaz Cresnar, who suffered a leg injury during the Chengdu Masters.

In their first tournament without ‘Birdman’, the Slovenians performed well at the Ulaanbaatar Challenger with a fourth placed finish after losing a thrilling semi-final to eventual champions Zemun (SRB).

If Ljubljana wants to go all the way, they will likely have to go through world No.1 Novi Sad who are in hot form after winning their last 4 tournaments (3 Challengers and 1 Masters).

It’s a deep field in Lipik with 11 of the top 25 teams in the world competing for the title. Humpolec Bernard (CZE) and Vrbas (SRB) round out the top four seeds and the tournament also features Croatian teams Split Statist and Spalato.

The two top teams will earn tickets for the Saskatoon Masters on July 20-21 in the fourth stop on this season’s FIBA 3x3 World Tour.