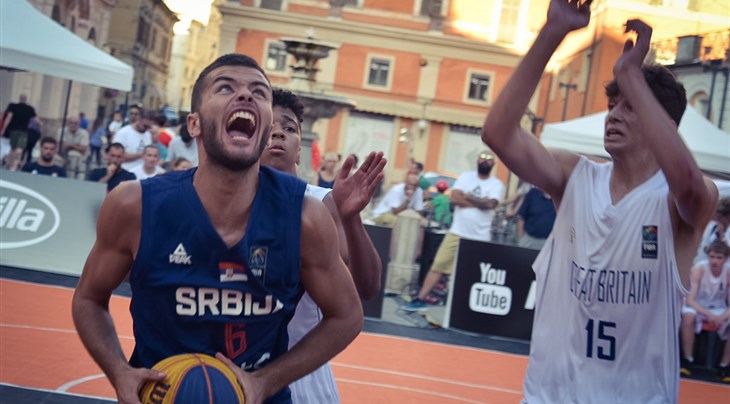 RIETI (Italy) - Serbia's men looked just as dominant as their older compatriots at the FIBA 3x3 U18 Europe Cup Italy Qualifier on August 3-4.

The 3x3 U18 Europe Cup 2018 runner-ups Serbia will get a chance to avenge their final loss after earning their ticket to the 2019 edition in Georgia.

Another Dusan (Simjanovski) scored the game-winner in the decider against Croatia (21-14).

The other men's team that advanced to Georgia is Italy, who defeated Spain, the bronze medalists from last year, in front of a packed audience. Their top scorer Gianmarco Arletti finished #1 in the scoring charts with 41 points in 5 games.

In the women's category, Spain this time defeated the Italian hosts in the knock-out game to win their ticket to Georgia. Last year's semi-finalist Estel Puiggros was big for Spain. She led her team in scoring and finished 3rd overall (5 points behind the event's top scorer Martyna Kowalska from Poland).

Spain 🇪🇸 qualifies for the FIBA 3x3 U18 Europe Cup after beating Italy 🇮🇹 in a thrilling end! 🔥👌 #3x3U18@BaloncestoESP pic.twitter.com/rBHvq93gco

Alongside Spain, Germany qualified after defeating Poland in their last game of the day.