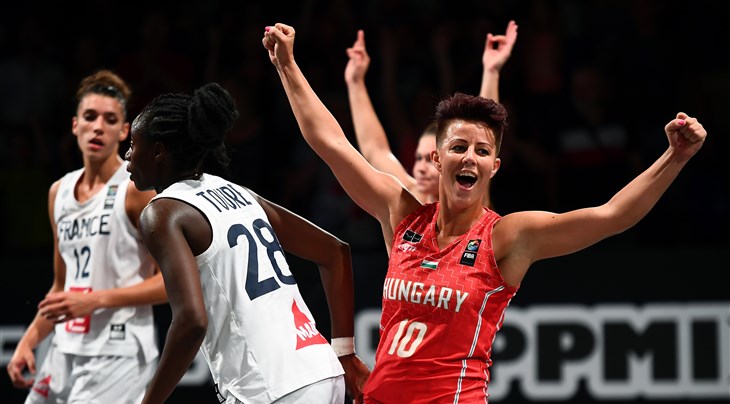 In the men's side, Europe Cup 2018 winners Serbia started the tournament with two easy wins over Germany and Poland in a rematch of the bronze-medal game of the last World Cup. In both matches, the Serbians took an early advantage and won both match-ups 21-10. The number 2 (sounds weird to say !?!) player in the world paced his team with 14 points overall.

World Cup 2019 bronze medalists Poland joined Serbia in the quarter-finals after defeating Germany, who were making their debut in the competition, 21-15.

In men's Pool C, it was a Spanish party with Nacho Martin and company winning both games against World Cup 2017 and 2018 silver medalists Netherlands and Europe Cup 2017 bronze medalists Ukraine. In a win-or-go-home match-up between the Dutch and the Ukrainians, the Orange Lions left the competition after a 16-11 loss.

On the women's side, hosts Hungary shocked women's series leaders France and defeated them 21-11 in front of a crazy arena that took their team all the way to first place in Pool C. France, who dominated Poland in the first game of the day (21-4), advanced as second.

Who would have thought World Cup 2018 winners Italy would be out? But yes, that happened. The Italians were seeded in the pool of death alongside Europe Cup 20107 finalists Russia and Spain. In the first game of the pool, Russia took over Spain 16-12 with an impressive team performance, and then, defeated Italy thanks to 2017 MVP Anastasia Logunova's TISSOT buzzer beater in Overtime (22-20). Spain, who defeated Italy 14-10, also advanced to the knock-out rounds.