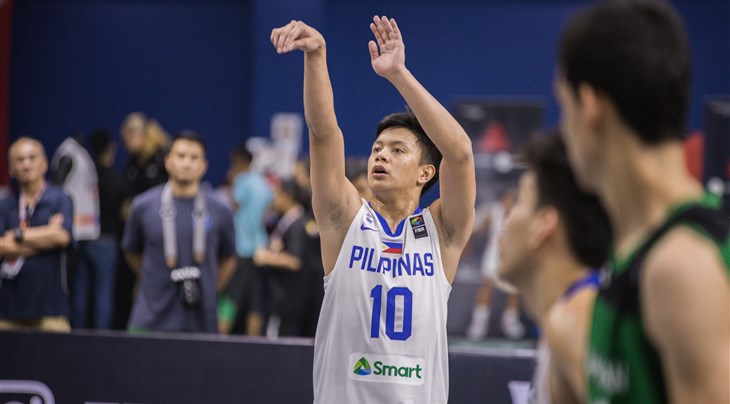 CYBERJAYA (FIBA 3x3 U18 Asia Cup 2019) – The pressure of representing hoops-crazy the Philippines does not faze Terrence Fortea.

In fact, the 18-year-old thrives under the heavy expectations as he spectacularly showed on Day 2 of the FIBA 3x3 U18 Asia Cup 2019 in Malaysia. Fortea scored 22 points against Vietnam and Turkmenistan to ensure the Philippines topped Group C.

Without Fortea’s ice cold shooting, the Philippines would have been in major trouble but the composed No.10 ensured his team recorded two tight victories. The defenses of Vietnam and Turkmenistan had no chance of stopping Fortea who repeatedly finished at the rim under difficulty.

When he wasn’t driving, Fortea was nailing contested two-pointers to energize the Filipino fans who as usual made plenty of noise for their beloved team. In his first FIBA 3x3 U18 Asia Cup, Fortea is the key for the Philippines whose team is built around his shot making abilities.

The 6ft1in (1.85m) player said he enjoyed being his team’s main strike weapon. “My mindset is to keep shooting,” he said. “I don’t think about what happened before and if I missed. It’s about keeping on going and maintain the confidence to shoot.”

After an unbeaten start, expectations are rising for the Philippines to win a medal in Cyberjaya but Fortea preached focus with the team set to face a tough quarter-final against No.1 seeds China.

“We go into every game wanting to win but we have to keep playing disciplined and hard. There are so many tough teams here, so it is blessed to win games.”

With Fortea proving a scoring machine, the Philippines need to sharpen their defense if they hope to contend for the title. “Defense wins game and championships so I think everyone on this team needs to get better at defending for the remaining games,” Fortea said. With so much fan support in the stands and back home in the Philippines, Fortea understands the importance of representing his hoops-mad nation. “Every game we just want to represent the Philippines with pride,” he said.

“It is really special to have such great fans and that passion always inspires us.”