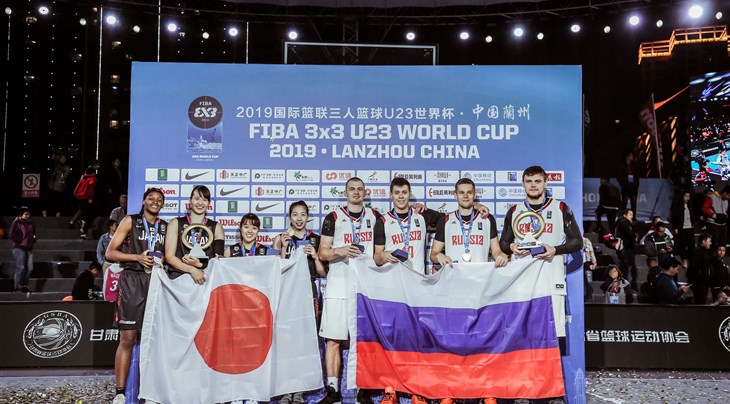 In the men's draw, No.1 seeds Russia were again too good with a commanding 21-11 victory over Ukraine to take home gold. The number one U23 player in the world Alexander Zuev won his second straight MVP and dominated from deep, while Ilia Karpenkov was a beast inside.

Russia had few concerns during an unbeaten tournament although had a scare against Italy in an overtime quarter-final win, where Zuev scored the Tissot Buzzer Beater.

Serbia claimed the bronze medal with a 21-13 victory over the Netherlands with Vladimir Trajkovic putting on a show with a game-high 13-points to ensure he made the team of the tournament.

Highlight machine Dylan Van Eyck from the Netherlands was the top scorer overall with 53 points and joined Zuev and Trajkovic in the team of the tournament.

In the women's category, it was a rematch of last year's decider but the result ended differently with Japan stunning defending champions Russia 19-14.

Japan made a fast start and led by five early before Russia hit back to ensure a thrilling finale. Moe Nagata made a tough layup with 40 seconds left and then Risa Nishioka hit the sealer as Japan ended Russia's 42-game winning streak at U23 women's level.

Rising superstar Mai Yamamoto (Japan) won the MVP and was joined in the team of the tournament alongside Ekaterina Polyashova (Russia) and France's Victoria Majekodunmi who topped all scorers with 51 points.

It was an important confidence boost for Japan before 3x3 makes its Olympics debut in Tokyo next year and the country's first-ever world title in basketball.

France claimed bronze with a 20-14 win over Belarus.

Seven out of the 8 teams that reached the semi-finals play the FIBA 3x3 U23 Nations League, while 4 out of the 6 Team of The Tournament members have played 3x3 at the highest level, either at the FIBA 3x3 World Tour (Trajkovic and Zuev) or the Women's Series (Majekodunmi and Yamamoto).