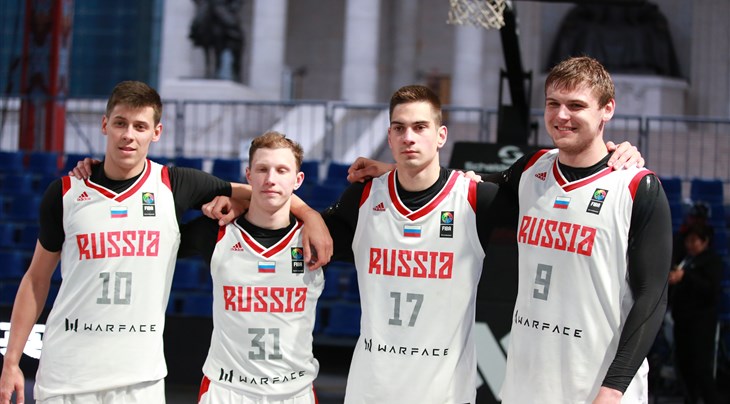 Yichang (China) - Both Russian squads, Belarus' men and China's women qualified for the FIBA 3x3 U23 Nations League Final, which will be held in Budapest during the World Urban Games on September 13-15.

The FIBA 3x3 U23 Nations League features 3 conferences this year (Asia-Europe, Center-East Europe and West-South Europe) and the Asia-Europe conference was completely dominated by both Russian squads, with only 2 losses in 48 games (both genders combined).

On the men's side of the Conference, Russia won 5 out the 6 Stops (staged in Ulaanbaatar, Mongolia; Moscow, Russia and Yichang, China) and finished undefeated in 4 of them. Only Japan and Belarus were able to defeat the Russians so far in this year's edition of the FIBA 3x3 U23 Nations League. In the last stop in Yichang, they arrived already qualified for the final and with Belarus as 2nd and Japan as 3rd fighting for the last ticket to Budapest. After Japan finished 5th and Belarus reached the final in China, the Belorussians stamped their tickets to Hungary.

You thought Russia's men had dominated the competition? Just wait until you see what women did: They won all 6 stops of the Nations League, without dropping a single game. That means they played and won 24 games in a row and averaged 19.3 points per game.

Second in the standings were China thanks to their solid run during the whole competition as they reached the final in 5 of the 6 Stops. They were 3rd in the 3rd stop in Moscow (Russia). With that result, China qualify to Budapest too.