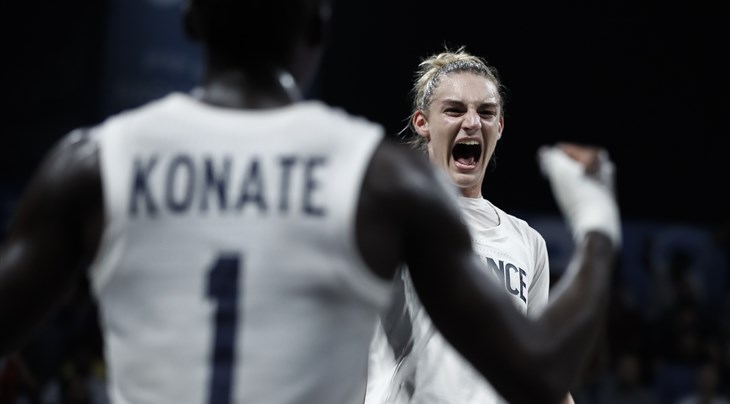 It continued their dominance having won golds at the inaugural edition of the World Urban Games last month.

In the men's bracket, No.1 seeds Russia won a thrilling final over Brazil 21-19 to capture the gold medal. The World Urban Games MVP Dmitrii Cheburkin starred all tournament for the victors and continued his hot form in the final as Russia avenged a loss earlier in the tournament to Brazil.

“We had qualified from Sunday, but we wanted to stay unbeaten. It took hard work on the court to beat a really good team like Russia. We came here to win the tournament! We want to be the champions". L. De Souza Branquinho (BRA) after the 3x3 Basketball match. #AWBG2019 pic.twitter.com/PRumJluvVA

No.8 seeds Brazil were the surprise packets and memorably edged past Ukraine 14-13 in a semi-final heart-stopper. Mongolia bounced back from a semi-final thrashing at the hands of Russia - led by Cheburkin's 10 points - to beat Ukraine 20-16 and win bronze.

In the women's, France were made to work against a gritty Netherlands outfit in the final. It appeared the decider was heading down the wire with scores locked at 8 apiece but France pulled away to claim victory 15-9.

It capped a dominant campaign for No.5 seeds France who won all six games and were never seriously challenged. After a heartbreaking 16-15 semi-final defeat to the Netherlands, China rebounded and claimed bronze after beating Brazil 17-13.

No.11 seeds Brazil had caused a major upset in the quarter-finals having knocked out mighty USA 14-12. It was a disappointing result for the talented Americans who featured WNBA Rookie of the Year Napheesa Collier, No.1 WNBA draft pick Jackie Young and high school sensation Paige Bueckers.

Trying to find some shade in this Qatar heat like...