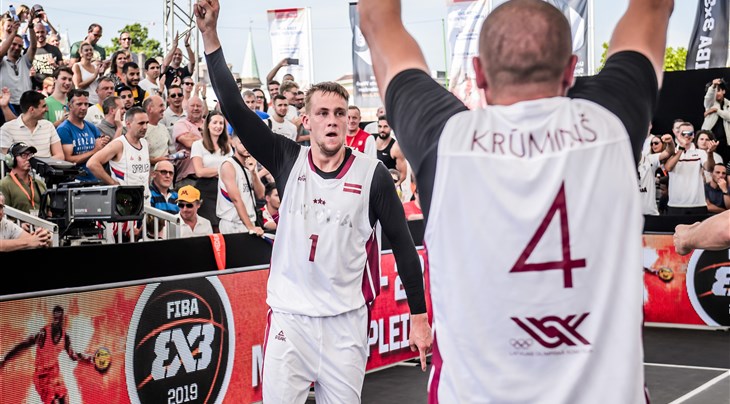 On the men's side, 3x3 World Cup and Europe Cup runner-ups Latvia are the favorite team to qualify, followed by Poland, who just grabbed bronze at the 3x3 World Cup last weekend. Can Switzerland - led by 3x3 star Jurkovitz aka 'Swiss Khalifa' - shock Riga and advance to the Europe Cup?

The 11 teams are divided into 3 pools, with the winners of each pool advancing to a second round. The best 2 teams of the second round qualify for the 3x3 Europe Cup.

On the women's side, 2018 World Cup winners Italy are the team to watch, with Switzerland probably having the second best 3x3 CV on the tournament.

Nine women's teams will be split into 3 pools with the winners of each pool advancing to the second round. The best 2 teams from this second stage will qualify to the Europe Cup.

If Latvia's women (already qualified) reach the 2nd pool round, they will be replaced by the 2nd-ranked team in their pool.

Teams will not continue playing games after they have qualified or have been eliminated from contention.