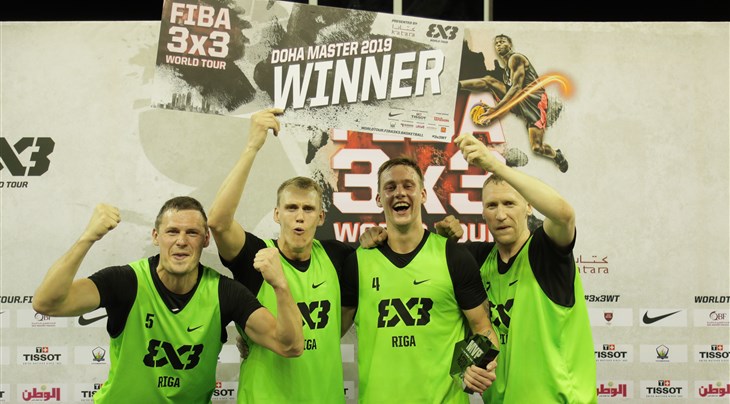 In a spectacular start to the season, it was a hard-fought, low-scoring game but the world No.3 finally tasted glory and were brilliantly led by Karlis Lasmanis who scored an equal game-high 8 points. He hit clutch buckets and deservedly claimed the MVP after leading all scorers with 39 points in the tournament.

Liman were unable to get revenge after losing to Riga Ghetto in the quarter-final of the Bloomage Final in Beijing last year.

After the second placed finishes in 2018, the Latvians broke through and also took home the USD 30,000 cheque.