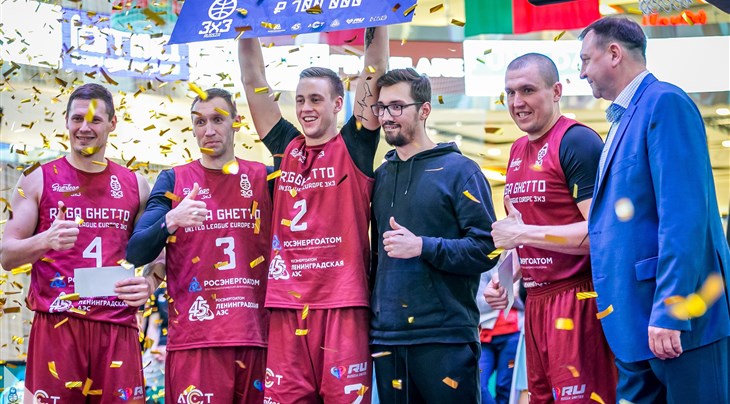 The Latvians started the final stops in second place behind Russian team Gagarin with 320 points, but lifted their game to spectacular heights under pressure in St Petersburg.

Riga Ghetto beat Inanomo 21-15 in the final of stop five and then defeated another Russian hopeful COP Rosenergoatom 21-15 in the finale. It capped off a perfect two days of competition for Riga Ghetto, who won all 10 matches they played over the weekend.

The results meant the Latvians finished with 520 points having won three stops and recording top three finishes at every stage. COP Rosenergoatom, led by electrifying youngster Vladislav Meleshkin, and Gagarin were next best on 430 points.

Led by No.1 ranked Russian player Alexander Zuev, Gagarin were the frontrunners heading into the final stretch with 340 points but faltered at the worst moment with disappointing sixth placed finishes to close out the tournament on a sour note.

Excitement machine Karlis Lasmanis won the tournament's MVP after a series of performances where he rattled the rims in trademark style and also scored at will from all angles.

He received a sparkling ring reminiscent of NBA champions.

United League Europe 3x3 executive director Alexander Fomin said the tournament had been a success for Russian and European 3x3.

“It was a great showcase for 3x3 basketball in the historical capital of Russia, which is a basketball city,” he said. “This has been a successful debut and will be bigger and better in the future with more teams from across Europe.”

After winning the first United League Europe 3x3 title, world No.3 Riga Ghetto will be back on the FIBA 3x3 World Tour which starts in Doha on April 18.

With Lasmanis damaging rims in St Petersburg, they will be a team to watch in Doha having fallen agonizingly short on several occasions last year – most notably losing the Bloomage Final in Beijing to Novi Sad.