Revolutionary fan concept for 3x3 at the Tokyo 2020 Olympics 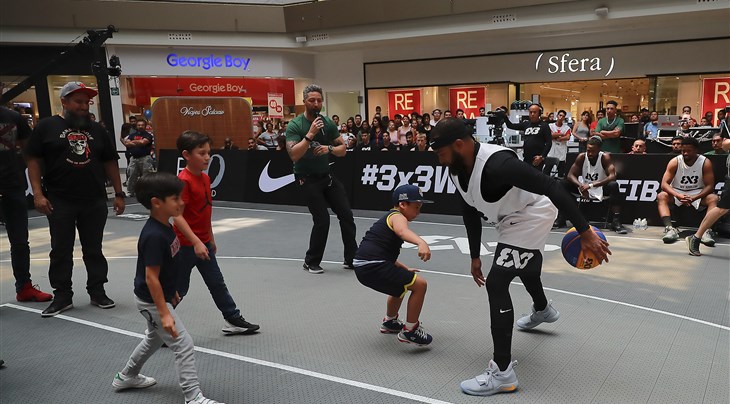 TOKYO (Japan) – Tokyo 2020 revealed today an ambitious project around the 3x3 event and other urban disciplines and sports which will bring fans closer to Olympic action than ever before.

3x3 will be played at the Aomi Urban Sports Park in Tokyo from July 25 to July 29 and every fan will be able to watch and interact with the biggest stars in the game. Those who bought a ticket will attend the fast-paced spectacular games and urban entertainment in an intimate setting. Those without tickets won’t miss out on Olympic action either at the Playground.

This space adjacent to the Aomi Urban Sports Park will include outdoor warm-up areas where the fans can watch and interact with 3x3 basketball players just a few minutes before they step on the court and compete live on TV channels all around the world.

“We developed 3x3 with the ambition to play it anywhere, including the most high-traffic urban locations,” FIBA 3x3 Managing Director Alex Sanchez said.

“Thanks to 3x3’s unique attributes, we’ve we managed to build a special relationship between the fans and the stars of the game, based on unprecedented engagement on and off the court. All spectators sit incredibly close to the court. Not only can they follow and identify the player’s emotions, they can efficiently interact and support their favorite stars. This connection continues all year long with access to the 3x3 players off the court in clinics and on social media.”

The conclusion of the 3x3 Olympic tournament on July 29 does not mean the Wilson ball will stop bouncing for the rest of the Games. The warm-up courts at the Playground will transform into a pick-up area for the fans to get sporty and hop on a casual pick-up game on the same floor where the new Olympic Gold medalists prepared for their big games.

“We not only want people to come to the Olympic Games, we also want to take the Games to the people. We want to make Olympic sport as accessible and engaging as possible, we want to create an environment where they are both entertained and inspired, where they can witness history in the making and then get active themselves,” said IOC Olympic Games Executive Director Christophe Dubi.