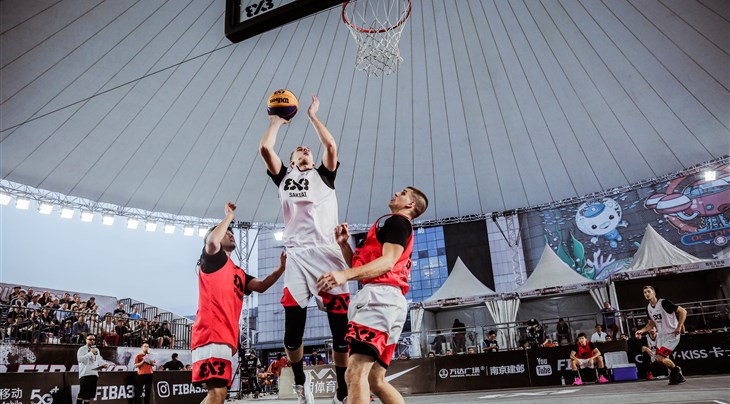 The 25-year-old led his team in scoring in 3 of the 5 games, including a 12-point outburst in the quartet-finals against Utsunomiya (JPN). The 6ft 8in big man (2.05m) also had 9 rebounds in that game. As a matter of fact, he also finished 1st in rebounds.

He was looking at the stands 😱🤯 #3x3WT pic.twitter.com/Vt69KTvJ4N

Though Pukelis made most of his damage in the paint and on the put-backs, he also showed he could shoot from behind the arc and more importantly: he was near perfect from the free throw line (10/11).

Pukelis was ranked 29th overall in the FIBA 3x3 Individual World Ranking before Nanjing and should see a big jump after his team finished 2nd in Nanjing.