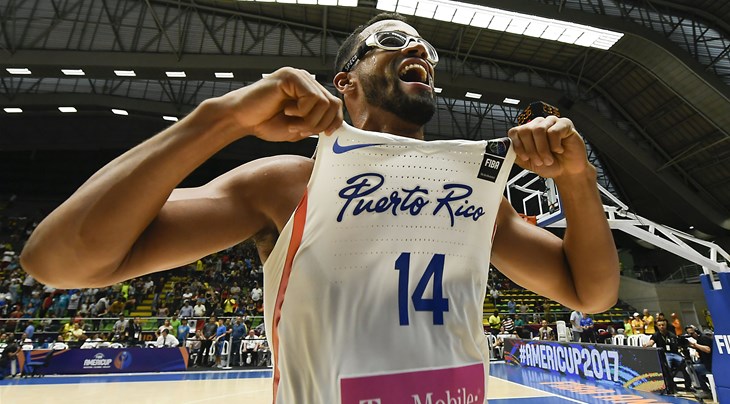 The small Caribbean island was ravaged by the category five hurricane in September 2017 in one of the worst natural disasters on record. Looking for solace, locals rallied together through their overwhelming love of hoops.

“To pick our spirits up, a lot of us played 3x3 in the streets”- Gilberto Clavell

"Hurricane Maria hit us hard and it was tough for everyone to deal with,” Puerto Rico national men’s player Gilberto Clavell says. “To pick our spirits up, a lot of us played 3x3 in the streets. Trees had fallen down and it was all pretty messed up, but playing the game we loved helped us get through such a difficult period.”

Puerto Rico’s scenic capital San Juan will host the FIBA 3x3 World Cup Qualifier 2019 on May 4-5 in a major boost for the nation still coming to grips post-Hurricane Maria. “Having such a major event here is huge for the country,” Clavell says.

“It will help our economy and gives a source of pride for the nation. We are crazy about hoops and the crowds are going to be amazing during the event.”

The fast and furious 3x3 is a game that has come naturally for Puerto Ricans. “3x3 is in our blood because it is how we first started playing basketball in the street,” Clavell said. “We are a small country so often there isn’t enough players to play basketball so we play 3x3 instead.

“We love to play fast and physical, so 3x3 suits our style of play.”

With 3x3 set to make its Olympic debut next year in Tokyo, Puerto Ricans are already dreaming of the biggest stage in sports. Puerto Rico has won just one Gold medal when Monica Puig triumphed in the women’s singles in Rio de Janeiro in 2016.

How would a 3x3 gold medal compare to that magical achievement?

“It would be 1A and 1B for Puerto Rico,” Clavell says. “It is iconic what Arroyo and that team did, but a 3x3 gold medal would be just as amazing for our country.”

More immediately, Puerto Rico’s men’s and women’s teams will be aiming to qualify for next month’s FIBA 3x3 World Cup 2019 in Amsterdam. They know the competition will be immense but are hoping to be inspired by their passionate fans.

“There are so many teams and the competition will be fierce,” Clavell says. “We expect to win, so there are no excuses especially in front of our fans who will give us energy.

“We firmly believe Puerto Rico can be a 3x3 powerhouse and we will do everything possible to achieve that goal.”