Princeton look to continue US 3x3 momentum at Haining Challenger 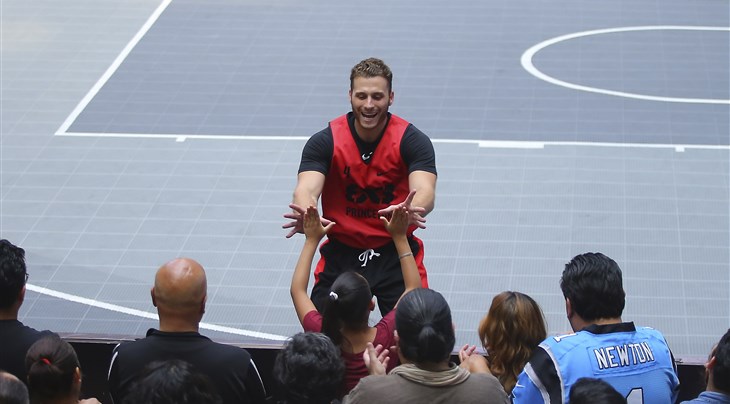 HAINING (China) - With America buzzing after the US captured a historic FIBA 3x3 World Cup 2019 title last week, Princeton (USA) will be aiming to continue the momentum during the Hongxiang Holdings Haining Challenger on June 29 and 30.

The No.2 seeds are one of the favorites in China and should be inspired after the USA swept through the competition in Amsterdam en route to their first ever world title.

Princeton will be without World Cup MVP Robbie Hummel and big man Kareem Maddox, but have included Damon Huffman who starred in the final against Latvia.

Feeling incredibly grateful for this amazing experience. Putting on a USA jersey, competing in the World Cup and winning is something I will never forget. I realize opportunities like this are only possible because of all the people that have been in my life. Without this support system this just wouldn’t be possible. Time to build from this and continue to chase bigger and bigger dreams! Go USA!

The imposing Zahir Carrington will join sharpshooter Craig Moore. The biggest 6-pack on the 3x3 scene Dan Mavraides is expected to miss the event due to an ankle injury.

Princeton will face a firm challenge from top seeds Liman (SRB), who boast their first-choice line-up including Mihailo Vasic fresh off representing Serbia at the World Cup.

Liman will be looking to go one better than their last Challenger in Ulaanbaatar, where they finished second.

Superstar Stefan Stojacic returned in Mongolia after a long injury layoff and showed signs of brilliance but he should be even better in Haining.

Confident Zemun (SRB), Liman’s conquerors in Ulaanbaatar, share the scoring load and their defense in hard to score against. They will be without Nebojsa Boskovic, who was so pivotal in Ulaanbatar, and he is replaced by Stefan Nikolic.

There are three Russian teams in the tournament headlined by No.3 seeds Gagarin, who have plenty of talent although they will be missing young gun Alexander Zuev.

A dark horse in the 16-team field could be Balanga Chooks after the Filipinos impressively finished sixth at the Doha Masters in April. Their giant-killing run ended at the hands of Liman, whom they face first up in Pool A.

The two top teams will earn tickets for the Montreal Masters on September 7-8 in the eighth stop on this season’s FIBA 3x3 World Tour.

World No.1 Novi Sad (SRB) and Piran (SLO) have already qualified for the event in Montreal.