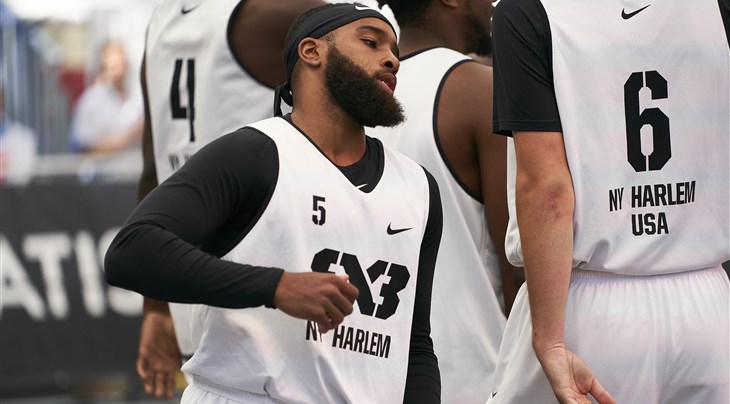 Prague Masters runner-ups Princeton finished pool play undefeated thanks to wins over new kids on the tour Korolev (RUS) and Barcelona NSNG (ESP) in another heroic performance from Robbie Hummel, who came up clutch with the Tissot Buzzer Beater as the game was tied at 19.

Red hot NY Harlem (USA) had to sweat to clinch their two wins. Disco Domo first, and then Kidani Brutus had to save the squad with two Tissot buzzer beaters vs Lyon and local favourites Lausanne. It was Lausanne who advanced to the quarter-finals thanks to their win over Lyon in a dramatic game.

The Planet would be a better place if we all had a friend like Jurkovitz to pick up our mess 😨🤯 #3x3WT pic.twitter.com/XmTbnPfiOF

Lausanne Masters 2018 runner-ups Liman (SRB) had an easy start in their title quest. With two wins against Nantes Aderim (FRA) and Ulaanbaatar (MGL) in the Tissot Fastest Game of the day, the Serbian squad advanced to the quarter-finals as first of pool A. They were joined by Nantes Aderim (FRA), who - led by Dominique Gentil aka "Mr. Nice" - were too much for the Mongolian team.

Last, but not least, Saskatoon Masters winners Piran (SLO) also advanced as first in Pool B and were joined by Sakiai Gulbele (LTU) in the next round after defeating Utsunomiya (JPN)