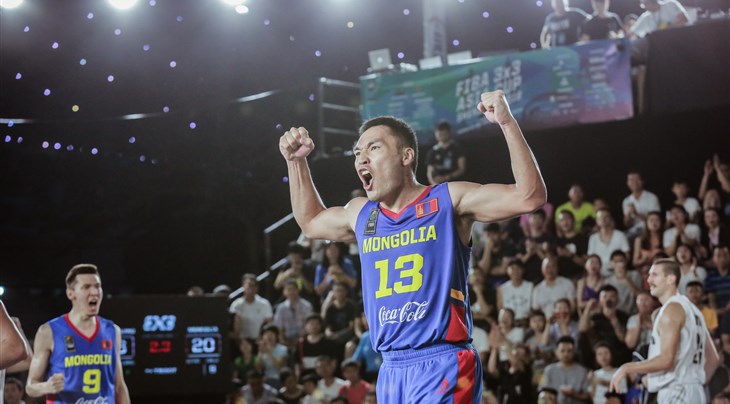 The reigning champs Australia (men) and New Zealand (women) are back in this year's edition and with a guaranteed spot in the Main Draw following their gold medals last year.

Australia and Mongolia, who met in a crazy overtime final last year, were placed together again in Pool C. The third squad will come from Qualifying Draw Pool B, that will feature South Korea, India, Malaysia and Vanuatu.

Women's Pool A? No big deal: just last year's 3 medalists together in the same pool. This means one of New Zealand (gold), China (silver) or Australia (bronze) will not even reach the quarter-finals of the competition this season.

The seeding is conducted automatically according to the FIBA 3x3 Federation Ranking of each national federation at the March 1, 2019 cut-off date. As per FIBA 3x3 regulations (Book 6), teams are seeded as follows:

Last year's bronze medalists Japan were placed in men's Pool A alongside Turkmenistan and Jordan.

New Zealand, who lost in the bronze-medal game last year against Tomoya Ochiai & co, will start the competition in Pool B with China. World Cup 2014 winners Qatar, The Philippines, Iran, Samoa and Thailand will compete for the last spot in Qualifying Draw's Pool A.

Last but not least, Kyrgyzstan, Sri Lanka, Chinese Taipei and Vietnam will compete for the last spot in the men's competition. The winners of that qualifying draw will advance to men's Pool D, where Indonesia and Kazakhstan await. Moving on to the women's competition, 2013 silver medalists Mongolia start the competition in Pool B with Kyrgyzstan and Kazakhstan.

2017 silver medalists Malaysia start their journey in a Qualifying Draw starring Maldives, Thailand and India. The winners will face Iran and Turkmenistan in women's Pool D.

Last but not least, joining Japan and Sri Lanka in Pool C will be the winners of a qualifying draw featuring the Philippines, Chinese Taipei, Vanuatu and Samoa.