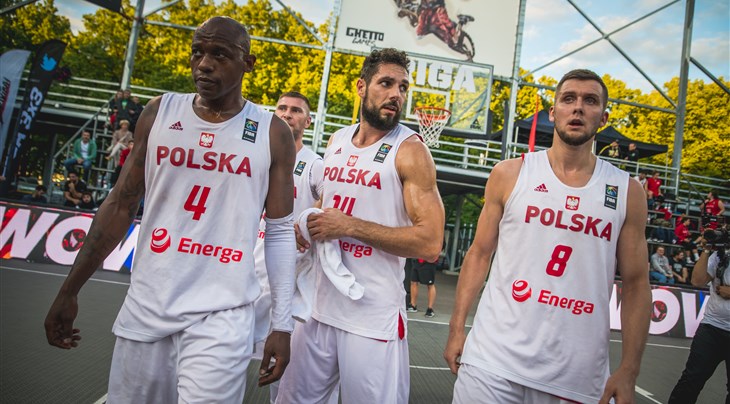 RIGA (Latvia) – Both Polish teams (men and women) earned their ticket to Debrecen at the FIBA 3x3 Europe Cup Latvia Qualifier in Riga on June 29-30, 2019.

The men’s qualification was expected after Poland won bronze at the FIBA 3x3 World Cup last week. Michael Hicks had his usual heat checks and finished 3rd in scoring but it was this year’s addition Przemyslaw Zamojski who led all scorers in Latvia. Poland won their first 4 games before eventually losing to the hosts and World Cup silver medalists Latvia, who won the only other ticket to the FIBA 3x3 Europe Cup - which will be held in Debrecen, Hungary on August 30 - September 1 - in the men’s category.

Poland were not necessarily listed among the favorites in Riga but they played their best game of the tournament in a do-or-die game against 3x3 powerhouse Switzerland. They won 17-8. The 27-year-old Aldona Morawiec was the team’s leading scorer. She finished 3rd overall in scoring at the event with 22 points in 4 games. Italy got the only other spot to Debrecen in the women’s category thanks to clean 4-0 record. World Cup 2018 MVP Rae Lin D’Alie was once again unstoppable for the Azzurre. Rae Rae was second in scoring in Riga with 25 points in 4 games.

It was a weekend to forget for Switzerland who not only struck out in the women’s category but also lost a nail-biting 19-17 pool game against Poland. Italy’s men created expectations after winning their pool against Slovakia, Israel and Malta but fell short against the 2 World Cup medalists, Poland Latvia on Day 2.